The highlight of the day was the arrival of a second Treecreeper with both birds in bushes behind the Crocus compound. Other migrants on site included five Wheatear, two Sedge and a Garden Warbler. In the estuary the highlight was a new site record with a count of 21 Mediterranean Gull, other counts included 151 Sandwich and seven Common Tern, 1425 Oystercatcher, 471 Curlew, 138 Redshank, 102 Dunlin, 68 Ringed Plover, 52 Sanderling, 24 Whimbrel, 18 Little Egret, six Common Sandpiper, three Turnstone, three Bar-tailed Godwit and the Slavonian Grebe. Elsewhere a second winter Little Gull was offshore and a juvenile Yellow-legged Gull was on Finger Point. 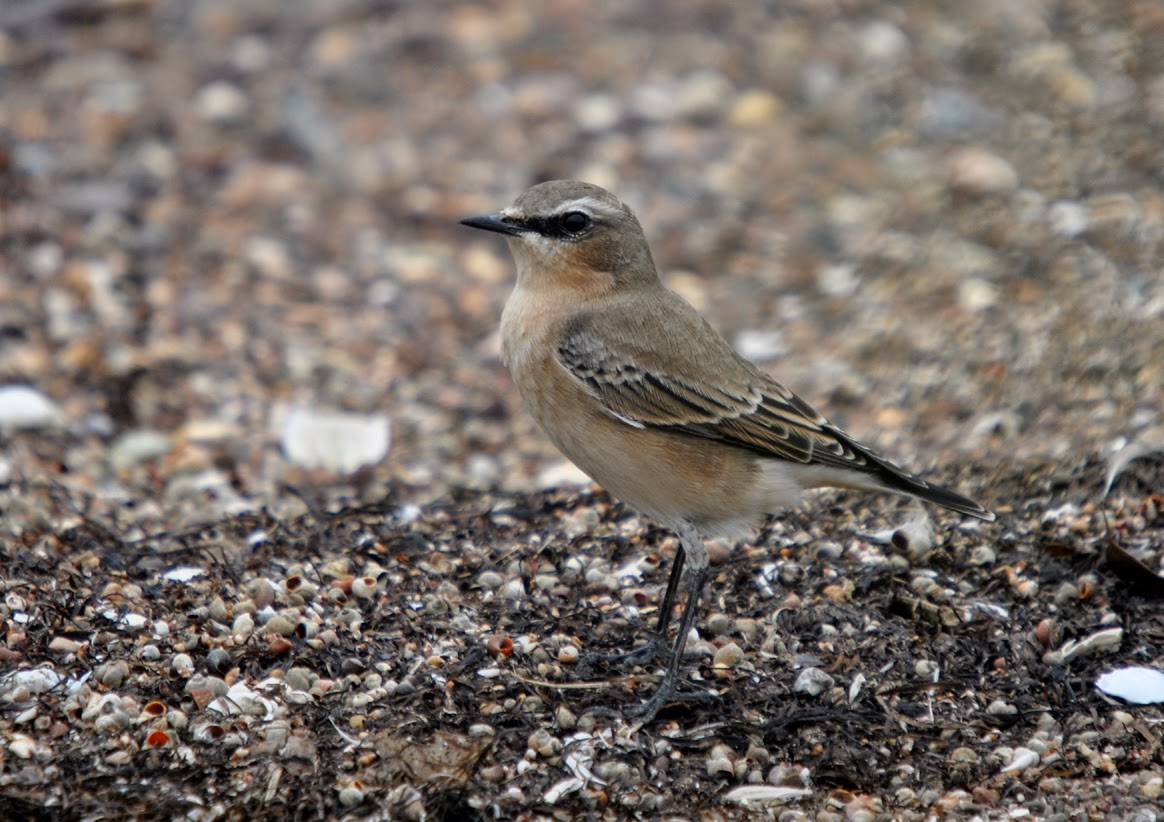 Wheatear - Simon Thurgood
Wildlife News: A Clouded Yellow was one of the species recorded on the Big Butterfly Count and at least a dozen Small Red-eyed Damselfy.
Posted by Dawlish Warren at 21:24