Terns were the order of the day with incredible numbers around and passing through the site, although many were missed as no observers were on site early morning. In the afternoon Common Tern in their hundreds were flying south over the Bight and out to sea; many others remained in the estuary sheltering until pushed off by tide before heading upriver. A minimum of 865 were counted, the highest count for the recording area since 1000 in May 1973. With these flocks were at least 11 Black Tern, including a moulting adult, nine Little Tern, at least five Arctic Tern and three Roseate Tern, including two first summers. With all these there were also at least 275 Sandwich Tern. Other species didn't get much of a look in but a Shoveler was offshore, six Teal were in the estuary, five Wheatear were on the golf course and amongst the smaller waders there was a juvenile Curlew Sandpiper. 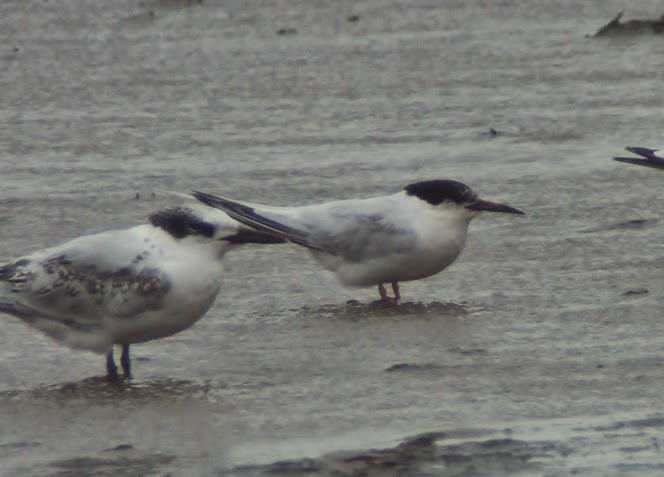 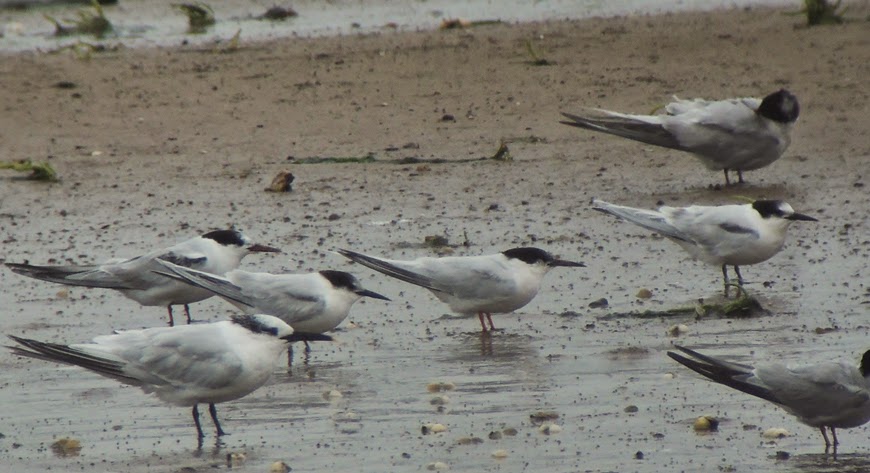 Ringing News: A colour-ringed juvenile Little Tern first noted from the hide at the weekend was again present today. Although too distant to read the darvic code the colour and position of the ring meant it can be tracked back to its natal colony at Kilcoole, Co Wicklow, Ireland http://littleternconservation.blogspot.co.uk/
This is the first Little Tern recovery for the recording area and Devon.