Nearly 580 true flies (Diptera) have been found within the Dawlish Warren Recording Area, but as proved this year there are still many more overlooked species to be found. 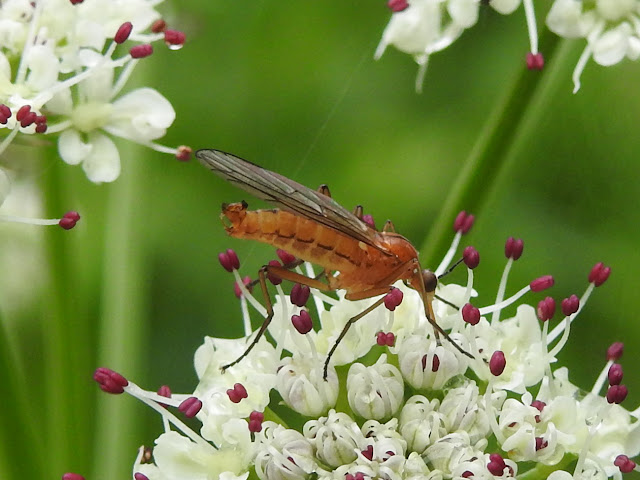 The last two new species of the year were found and identified in September. One the aptly named Ivy Waspgrabber Leopoldius signatus can be readily identified, the other was a green bottle, Lucilia caesar, a common blowfly but difficult to identify without close examination.

Although not new for the Warren, the continued presence of the nationally scarce soldier fly Ornate Brigadier Odontomyia ornata was good news but conversely there was no sign of the very rare and threatened cranefly, Geranomyia bezzii. Much of the habitat for this species was lost during the beach recharge, hopefully searches next year will be more successful. 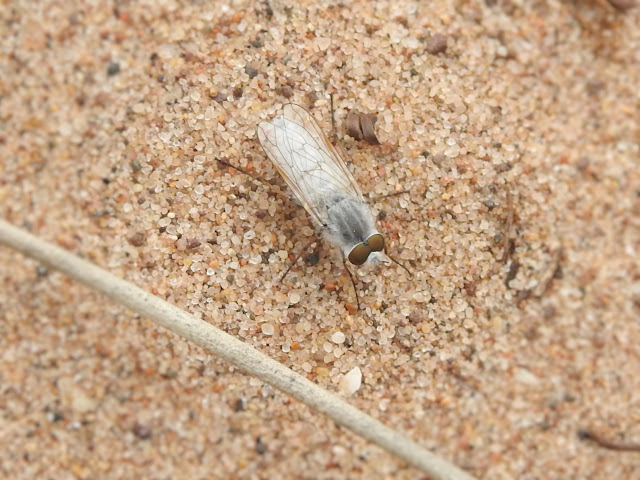 As with other group migrants do occur, the pick of which was the third site record of Locust Blowfly Stomorhina lunata. This is a rare visitor from North Africa, and its appearance coincided with a large influx of migrant hoverflies.

Hoverflies
The first hoverfly of the year was Striped-eyed Dronefly Eristalis tenax fresh out of hibernation on 17th February, but the exceptionally cold weather of over the next few weeks curtailed activity until Mid March. By then Marmalade Hoverfly Episyrphus balteatus had started to appear on flowering sallows and were joined by a new site record the Great Spring Cheilosia Cheilosia grossa. 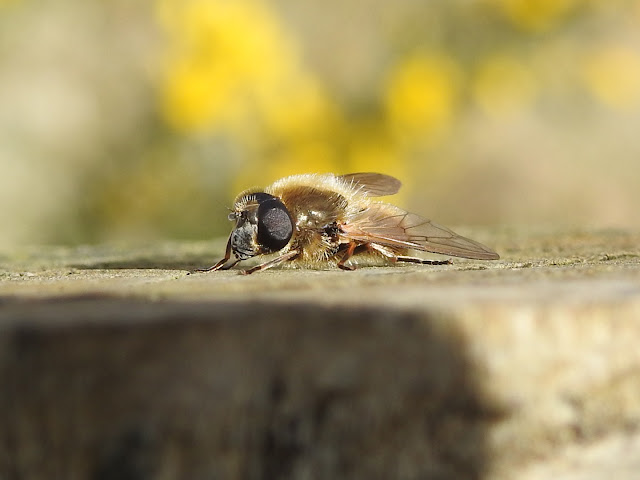 By the start of April there were plenty of Tapered Dronefly Eristalis pertinax on the wing with several Furry Dronefly E. intricaria - a bumblebee mimic. The common Tiger Hoverfly Helophilus pendulus appeared at the end of April and remained in good numbers until mid October.

Large numbers of Long Hoverfly Sphaerophia scripta were on the wing in mid Summer, many of which were migrants, Other arrivals included Eupeodes luniger, Migrant Hoverfly E. corollae, Pied Hoverfly Scaeva pyrastri and more Marmalade Hoverfly. 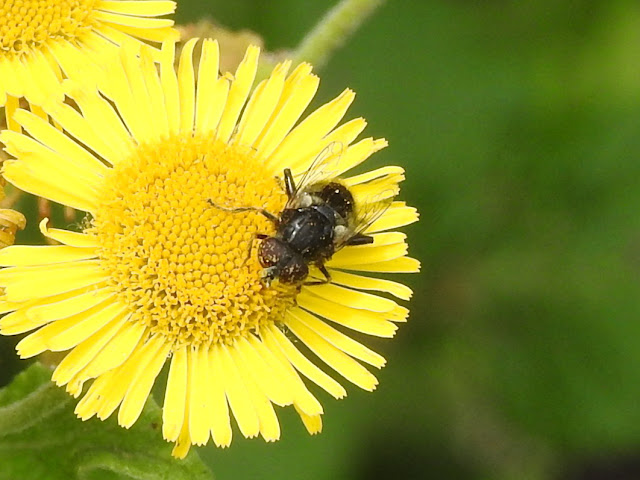 With warm weather conditions continuing until end of October there were still several migrant species to be seen, joining the resident Dronefly species on late flowering Ivy.