Grasshoppers and Crickets
The unexpected highlight was the first site record of Roesel’s Bush-cricket on 6th July. This individual, a long-winged male, was in the Back Meadow for almost two weeks and was only third Devon record. The species is expanding its range westwards into Dorset and Somerset so will no doubt become established in the county and perhaps on site in the near future. 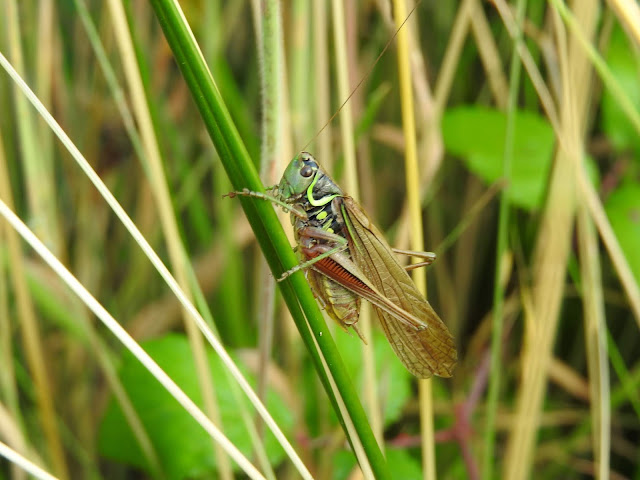 Roesel's Bush-cricket - Debs Rylands
Common Groundhopper, as to be expected, was the first species recorded this year, with several Speckled and Dark Bush-cricket nymphs seen through the Spring. The first adult Great Green Bush-cricket of the year was calling on 30th June and the grasslands held vocal Long-winged Conehead, Common Green, Field and Meadow Grasshopper from early July.
As Summer progressed Field Grasshopper became very numerous and included some pink individuals. In September Grey and Dark Bush-cricket joined the chorus. 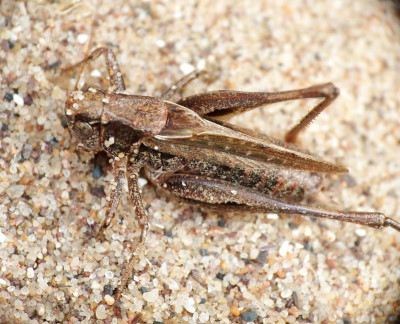 Great Green Bush-cricket and Field Grasshopper were still active into October with the latter remaining vocal until at least the third week.
Beetles & Bugs
During the summer a single Hornet Beetle Leptura aurulenta in the Back Meadow, only the second record for the Warren. This species is a dead wood specialist with larvae developing in decaying wood stumps. 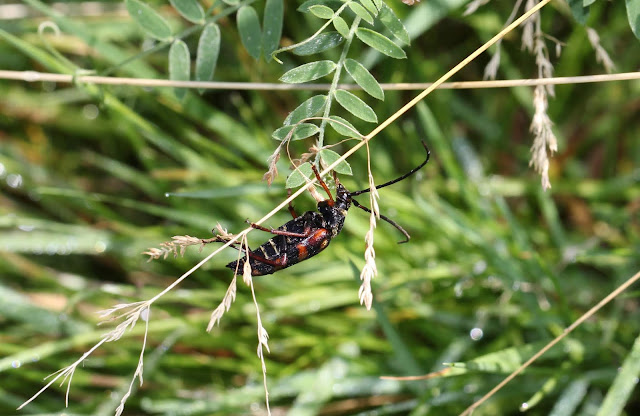 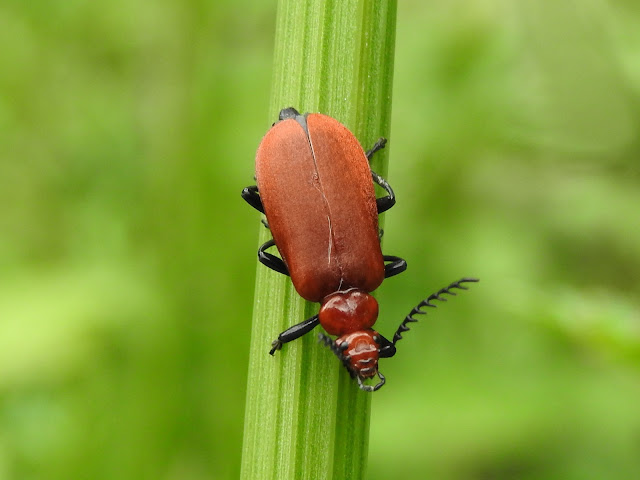 
On the negative side native ladybirds were again in short supply, a combination of the increasing numbers of the invasive alien Harlequin Ladybird and ironically the removal of the invasive alien Tree Lupin. This species hosts large numbers of the North American aphid Macrosiphum albifrons which is popular with ladybirds. This aphid was introduced to Dawlish Warren to control Tree Lupin but is now widely distributed and is also considered an invasive pest species over much of Europe.

Another non native aphid recorded this year was Crypturaphis grassi, this only occurs on Italian Alder.
Other bugs seen included commoner species like Dock Bug, Gorse and Green Shieldbug, as well as the strikingly coloured Cinnamon Bug Corzius hyoscyami. 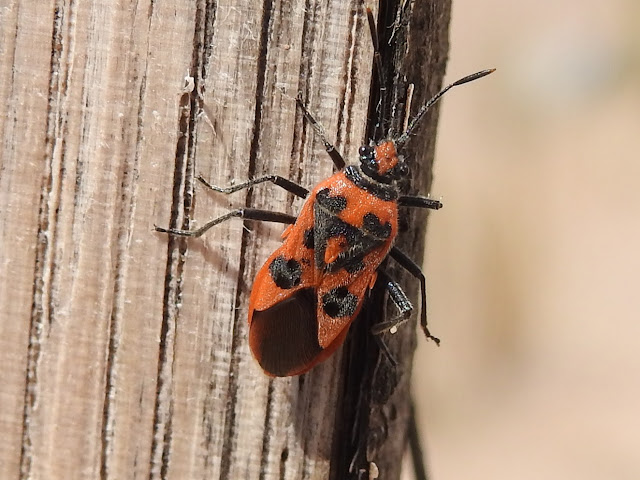 Spiders
The Dune Jumper Marpissa nivoyi, a nationally scarce a coastal dune species remains on Warren Point despite erosion over winter. But numbers of the spectacular Wasp Spider continued on a downward trend with webs becoming increasingly difficult to find.

Both Nursery Web Pisaura mirabilis and Garden Orb-weaver Araneus diadematus were numerous in tall vegetation and Gorse Orb-weaver Agalenatea redii was recorded for the first time since 1982. 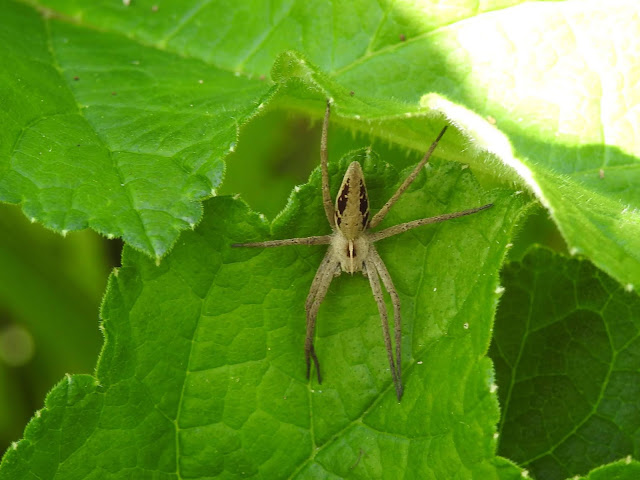