Due to the significant erosion by storms at Dawlish Warren, Teignbridge District Council (TDC) is advising extreme caution when visiting. The dune path between groyne 10 – 18 is unsafe and a section of this path is completely closed with no access. Access to Warren Point is possible via the beach with the risk of being cut off for a period either side of each high tide.  Access to the bird hide is only via Warren Point. The only access, up and back down, to these areas is along the beach at lower states of tide.  Contact TDC for questions about access.

Elsewhere two Shoveler were on the Main Pond, seven Chiffchaff, two Siskin, two Goldcrest and two Coal Tit in the bushes and a Mistle Thrush overhead. 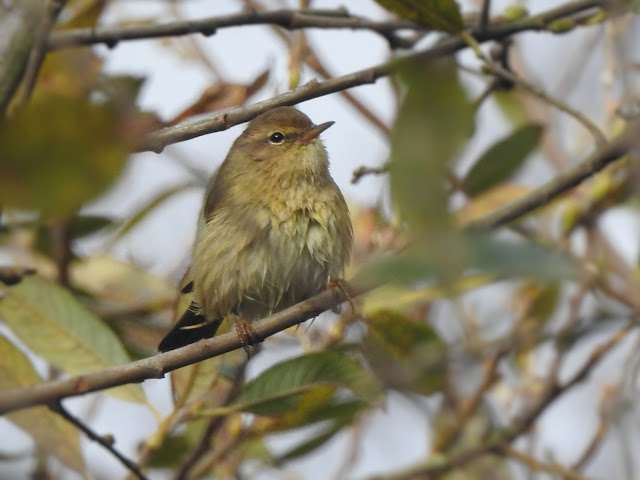 Wildlife News: A Red Admiral was on the wing in Skipper Meadow.
Posted by Dawlish Warren at 19:21