After an almost complete absence of migrants over the Bank holiday weekend the discovery of a stunning male Red-backed Shrike in bushes around the Cuckoo's Nest was unexpected to say the least. It later moved to Greenland Lake where it showed well all day. Only the third Warren record in the last 20 years and the first male since May 1989. Other news was limited but the rare didn't quite travel alone with a partial hepatic Cuckoo and a single Wheatear other overnight arrivals. 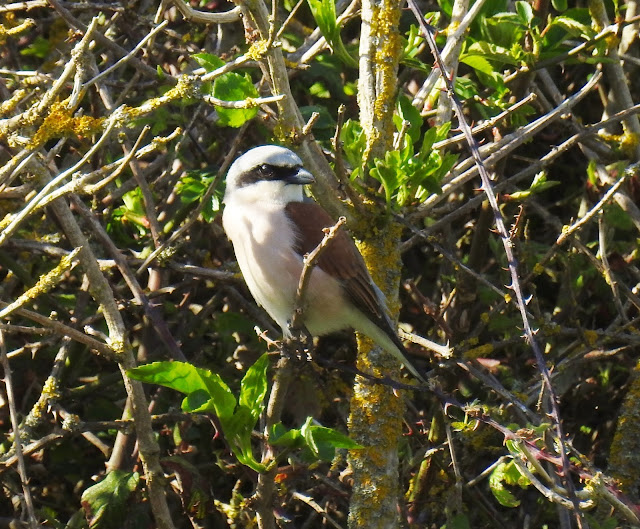 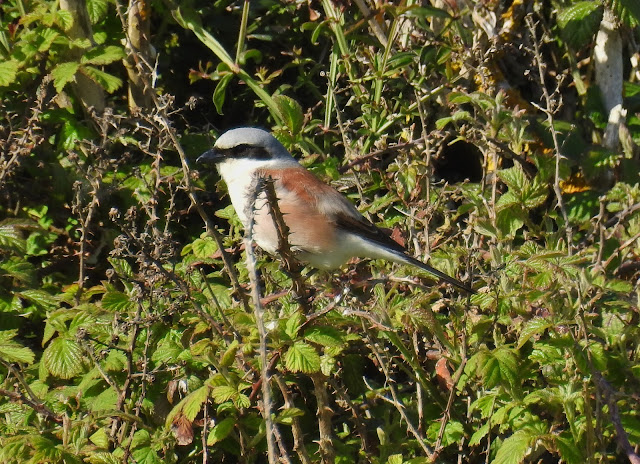 Some video and further pictures can be found here, here & here.

Thanks goes to Steve Edwards (one of the reserve rangers) for finding the shrike and releasing the news quickly, allowing many people to enjoy this spectacular bird throughout the day.
Posted by Dawlish Warren at 22:18