The third Black Redstart of the spring, an immature male, was on the sea wall with the Velvet Scoter, single Great Northern and Red-throated Diver visible offshore along with nine Sandwich Tern.

In the bushes and ponds nine Chiffchaff, two Willow Warbler, two Water Rail and a Blackcap, with a very vocal and mobile Green Woodpecker. The fine weather saw seven Buzzard and two Sparrowhawk drift over from the mainland. 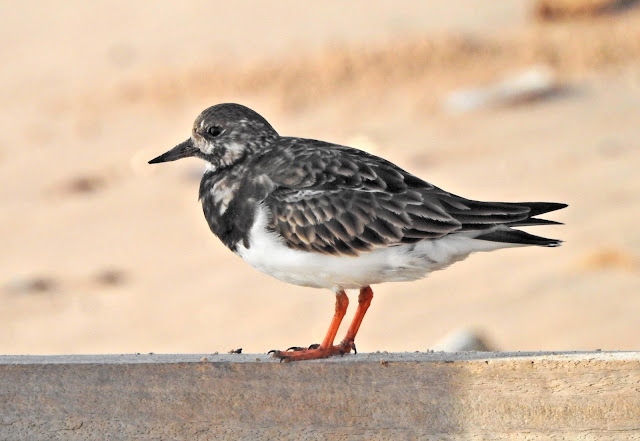 Wildlife News: The first Dark-edged Beefly of the year was in the sheltered patch by the First Pond, several White-footed Hoverfly Platycheirus albimanus were on the wing, but little else apart from a couple of Hairy-eyed Syrphus S.torvus and a single Speckled Wood. 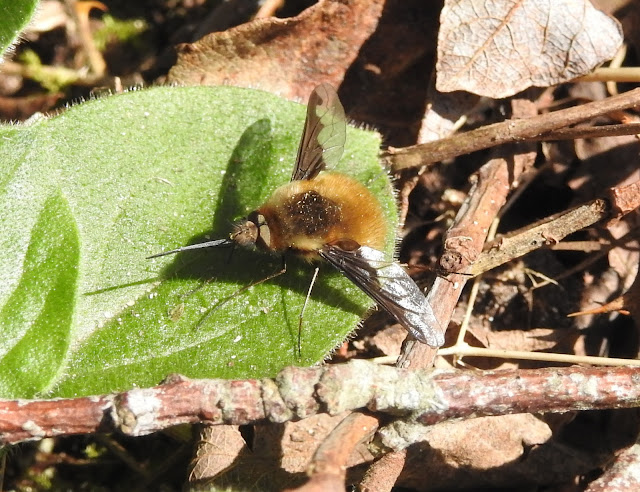