The first-summer Bonaparte's Gull found early morning off Shelly Beach, Exmouth was seen distantly from Dawlish Warren, but outside the recording area.

Wildlife News: Both male and female Ornate Brigadier Odontomyia ornata were on Hemlock Water Dropwort around the Entrance Bushes. These plants are key to the survival of this nationally scarce species. 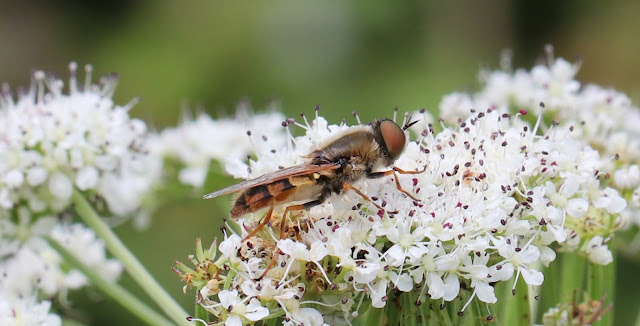 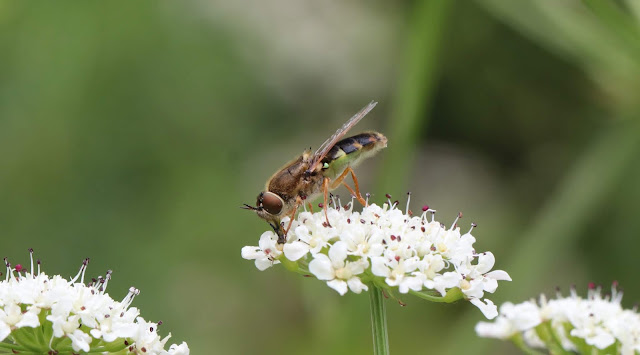