As usual, the early morning was the most productive time for  sea-watching and among a light passage of Gannet, Kittiwake and auks south was a Puffin at 07:10, a scarce bird here and fitting in with the remarkable count of 91 today off Berry Head, located 22 km to the south. Also at sea, 18 Swift (plus two more over later), seven Common Scoter, six Great Northern Diver, four first-summer Mediterranean Gull, three Sandwich Tern and single Little Tern and Great Crested Grebe.

The tidal cycle today returned to higher tides and this morning's 3.5 metre high tide was hoped to produce the hundreds of missing Oystercatcher, but only 11 individuals turned up.  Also in the estuary, The Bight and along Warren Point beaches, 62 Sanderling, 38 Dunlin (of which two were putative 'arctica'), 18 Ringed Plover, nine Mute Swan, five Shelduck, two each of Curlew, Little Egret and Grey Heron, and one Turnstone. 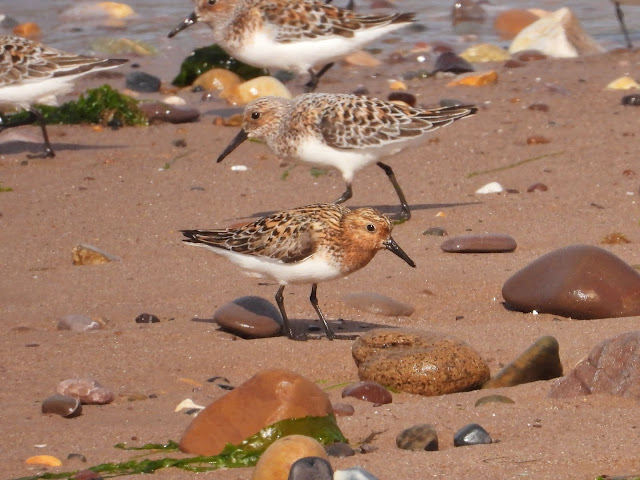 The bushes and dunes weren't given much attention today. A noisy flock of 38 Long-tailed Tit, the largest flock here since Nov 1985, foraged up the site as far as 'windmill' (near groyne 9).  The day's oddest sighting was a Nuthatch that circled The Bight and dropped into bushes behind the hide, the fifth June record for the site. A Kingfisher at the Main Pond was however equally unseasonal. 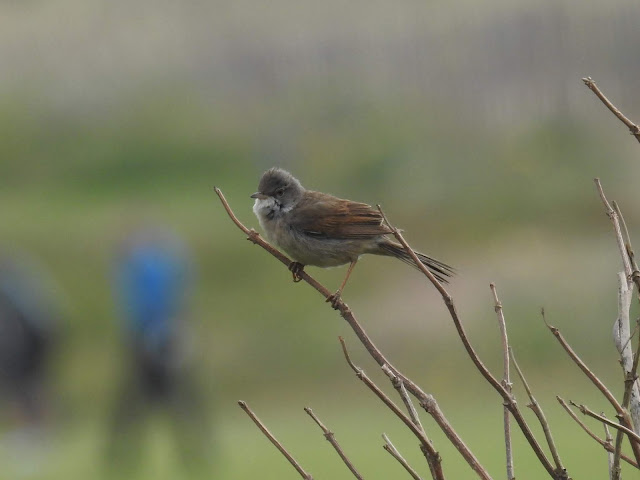