A flat calm sea revealed a summer-plumage Great Northern Diver and an immature Red-throated Diver, but the inky expanse supported little else; a raft of 21 Shag, five Sandwich Tern foraging distantly and two Mediterranean Gull in off, the only additions of note.

Quiet overhead, six Swallow, the usual immature male Kestrel and an unseasonal Rook flew north.  A party of 34 Long-tailed Tit passed through the entrance bushes and parent Little Grebe and Reed Warbler continued to feed their young on the Main Pond.  The pair of Great Spotted Woodpecker also continue their routine of foraging and commuting to a nest somewhere off site. 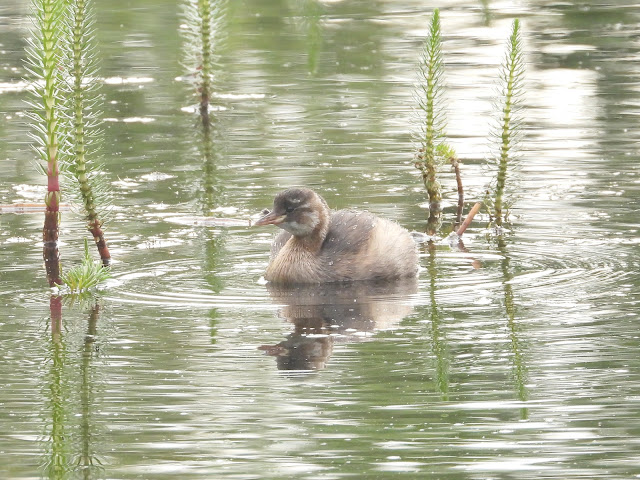 
Wildlife news: small counts of common bird species above illustrate how challenging birding here can be, especially entering mid-June, but there is plenty else to see. In a brief warm sunny spell, attention turned to wooded margins of flowering Hemlock Water-dropwort, that which hadn't been cut down, and were rewarded with an abundance of life, including Tree Bumblebee, Volucella pellucens, Hairy Dragonfly, Cucumber Green Orb Spider and the locally distributed moth Telechysis tripuncta. 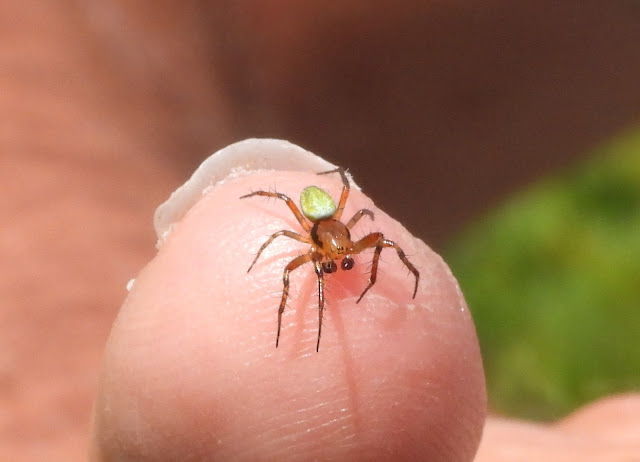 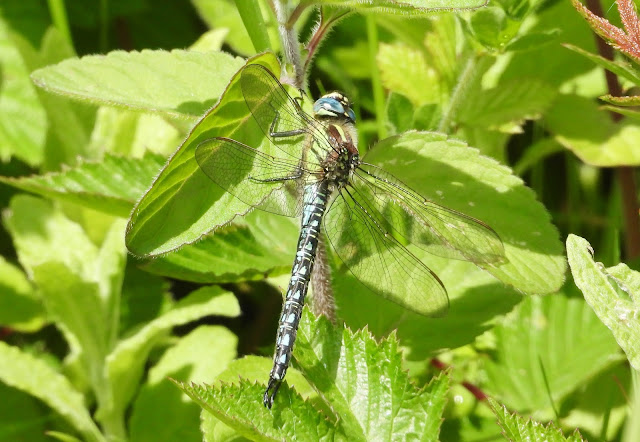 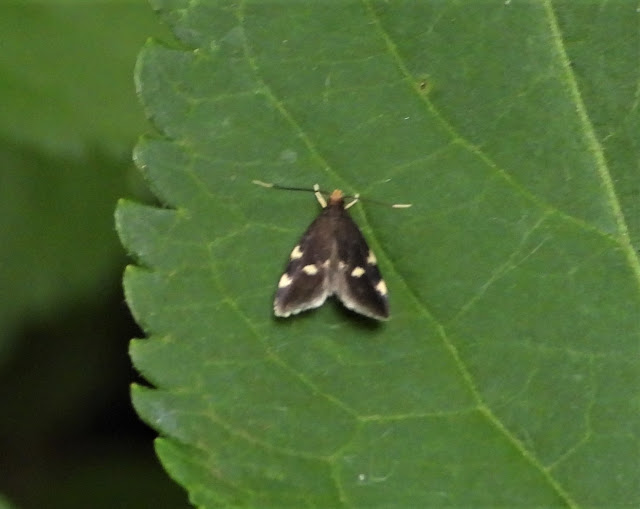 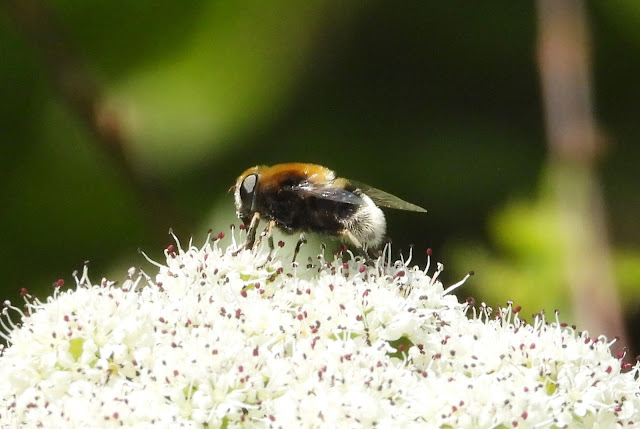 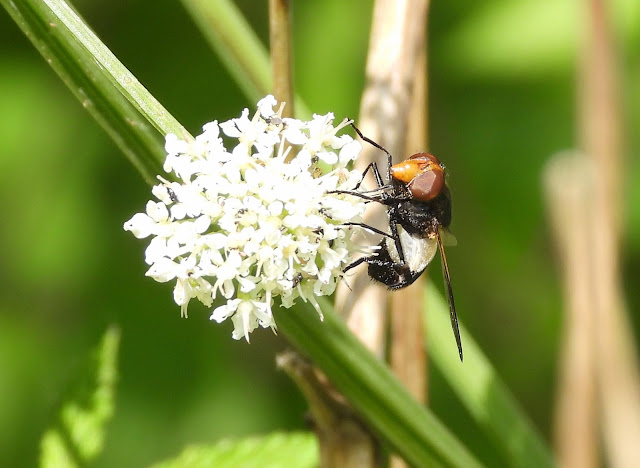