An unseasonal Dark-bellied Brent Goose on the evening tide flew in from Cockle Sands, Exmouth where another six brent ssp lingered.  Also in the estuary and along the beaches during high tides were 48 Dunlin including 3 putative 'arctica' race individuals based on structural and plumage characteristics; 29+ Sanderling, 28 Ringed Plover, a paltry count of 18 Oystercatcher, eight Mute Swan (highest count so far this year), five Sandwich Tern; a dinky immature sinensis Cormorant in the six birds present in The Bight, and two first-summer Mediterranean Gull.

At sea, at least 11 Great Northern Diver rafted were seen early morning as the mist cleared.  Single-figures only of Gannet, three Common Scoter, singles only of Fulmar, Guillemot and a Common Tern, the first seen from this site since late-Apr and follows the first time in modern recording history its absence in May, saved only by sightings from the Exmouth side on 7th & 8th. Overall, it has been a remarkably poor spring here for terns.

With no scrub now remaining along Warren Neck after the failed flood defence works of 2017 and subsequent erosion, a juv Coal Tit ditched into Marram-grass but later found safer sanctuary in the patch of Sycamores on Warren Point. Just three Swallow and two House Martin passed overhead. 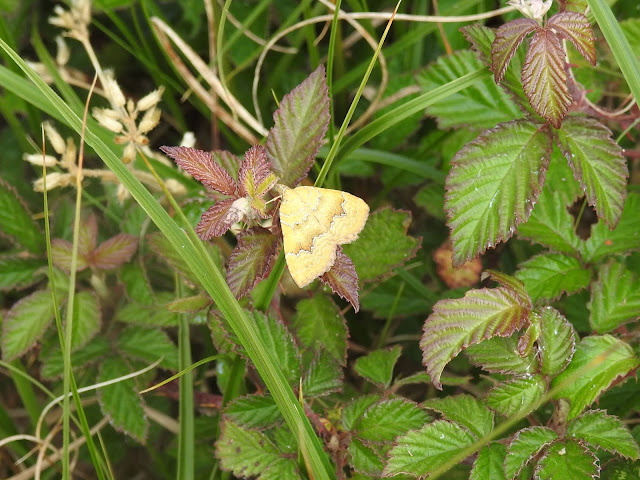