On the dropping tide, the only suggestion of weather induced change was 20 Sandwich Tern.  Further up the estuary, a Common Tern quartered over Cockle Sands, Exmouth and the long-staying Spoonbill was visible from the hide on the Exe-Clyst confluence, 4.5 miles north and so way outside our recording boundary.  More expected, and on site, were 80 Oystercatcher, 48 Curlew, seven Mute Swan, seven Cormorant, six Dunlin, six Great Black-backed Gull, four Little Egret, three Shelduck, single Grey Plover, Redshank, Ringed Plover (heard only) and the resident, 13-year-or-so old Slavonian Grebe.  Only three Oystercatcher were on Finger Point during high tide, the rest were seen to fly into the estuary from the direction that matches a recent report, and past sightings, of these birds roosting in Sandy Bay, east of Exmouth.  A Fox, which was yet again wandering aimlessly around Finger Point and The Bight in the daytime on the dropping tide remains a possible culprit for this mass displacement.

On the ponds were nine Mallard including a female with nine tiny ducklings; Little Grebes and two new broods of Moorhen on the Main Pond and Golf Course Pond.

No sign of yesterday's Marsh Tit, but woodland oddities Nuthatch and a juv Coal Tit, as well as roaming flocks of tits on site were perhaps more than just coincidental.  Deluges of rain over recent days and the cacophony of chainsawing emanating from local areas were noted.

Wildlife news: the sun appeared late morning and in sheltered spots there were two Hairy Dragonfly, Wasp Beetle, Small Skipper, various hoverflies such as Hornet Hoverfly Volucella zonaria and the common Helophilus pundulus. The colourful, nationally scarce Ornate Brigadier Odontomyia ornata, a soldier-fly, has been recorded here annually since 2016. Lots of toadlets were crawling around the undergrowth at the pond end of Greenland Lake. 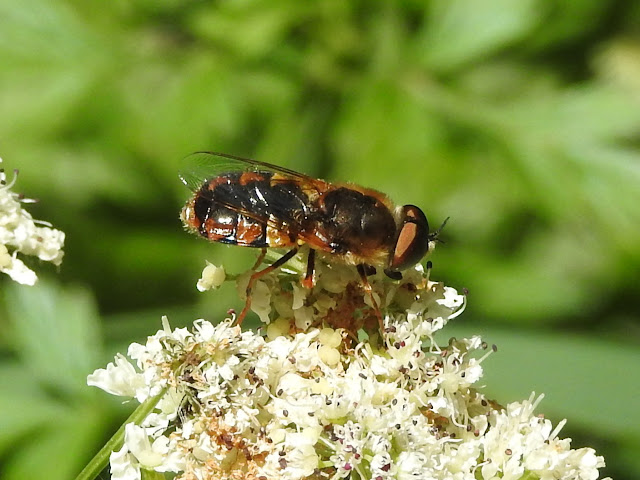 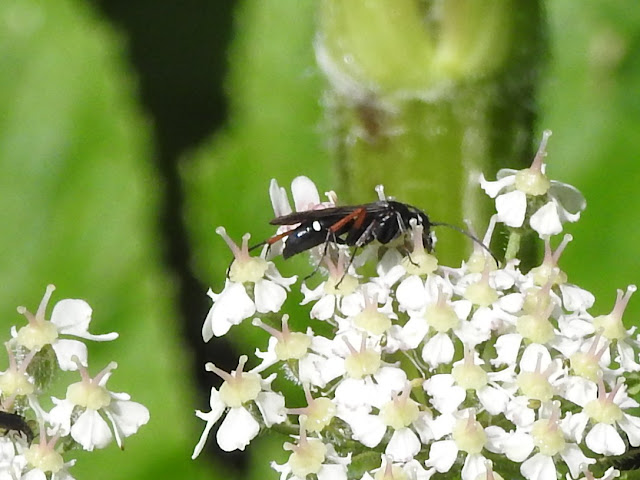 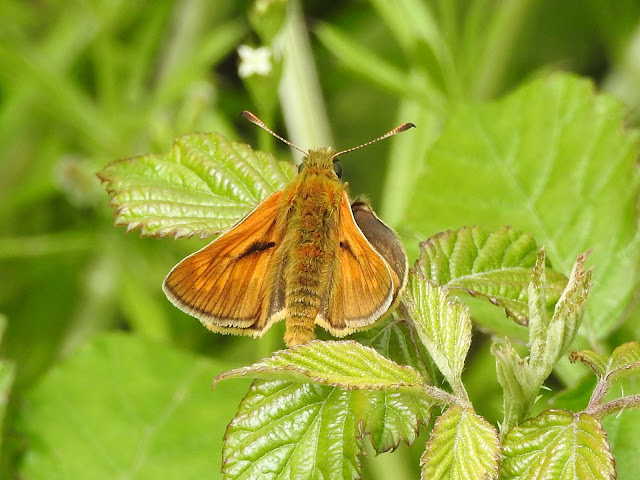 Looking at the best now, counts of 36 Bee Orchid spikes and 22 Pyramidal Orchid spikes can be viewed from around the temporarily fenced areas (do not pick!). 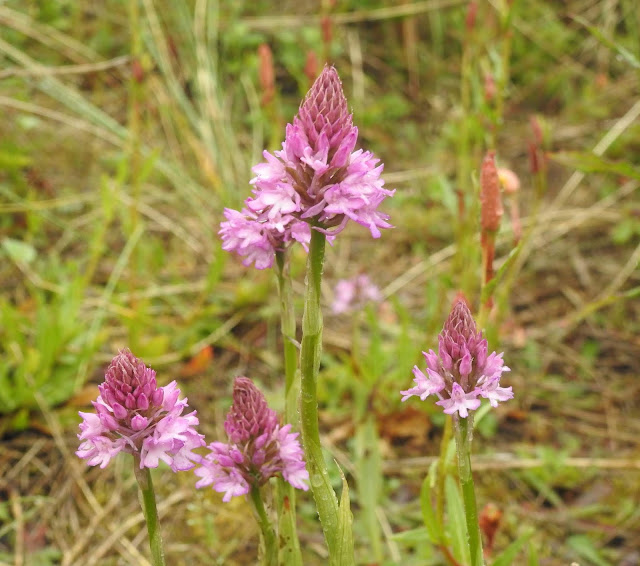