In pleasant conditions, an Osprey flew south out to sea from 07:50 and watched out to sea for 15 minutes, so it was some surprise to learn of an Osprey over Exminster Marshes at 09:50; presumably it has second thoughts and doubled backed.  Since the first in 2011, this is now the fourth June record here. 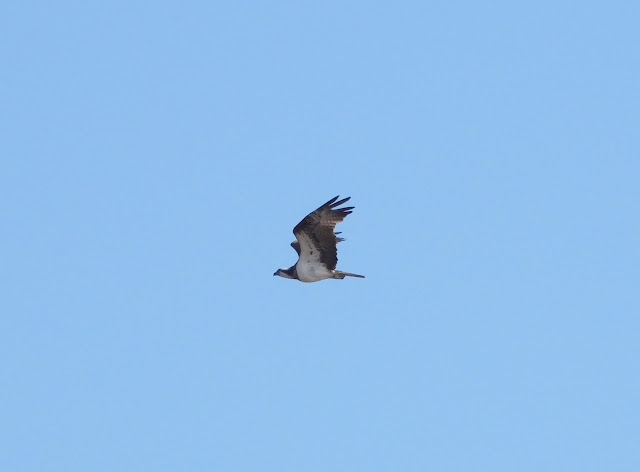 On the mid morning tide, 39 Oystercatcher, 16 Ringed Plover, 12 Sanderling, ten Dunlin, five Curlew, four Shelduck and three Sandwich Tern,  The Bonaparte's Gull was in the estuary feeding among a melee of Black-headed Gull up the estuary, outside of our recording area.

With single Grey Heron and Cormorant on the Main Pond, the Little Grebe chicks were secreted away in the reeds.

Elsewhere, two Common Scoter on the sea; six Swallow flew by and evidence of breeding in the diminishing areas of bushes were three recently fledged Stonechat near the hide (the first brood was predated) and a family of Chiffchaff. 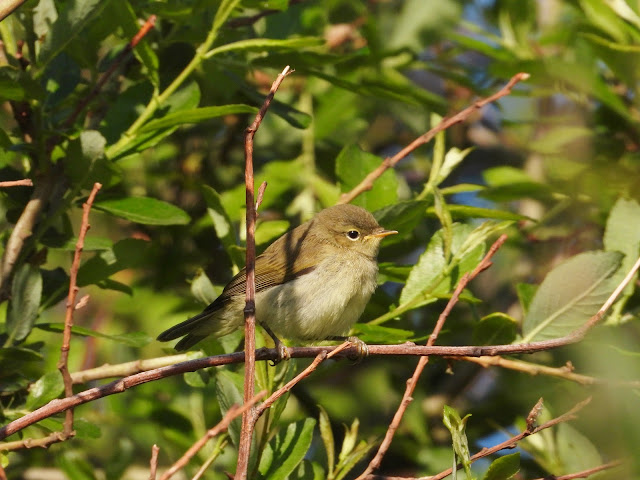 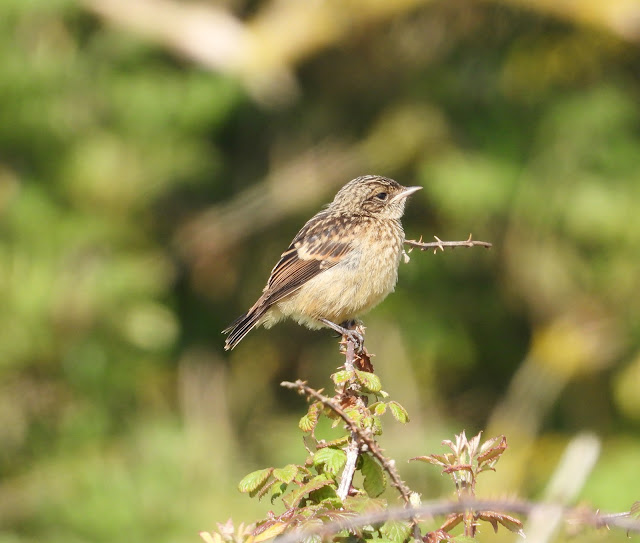 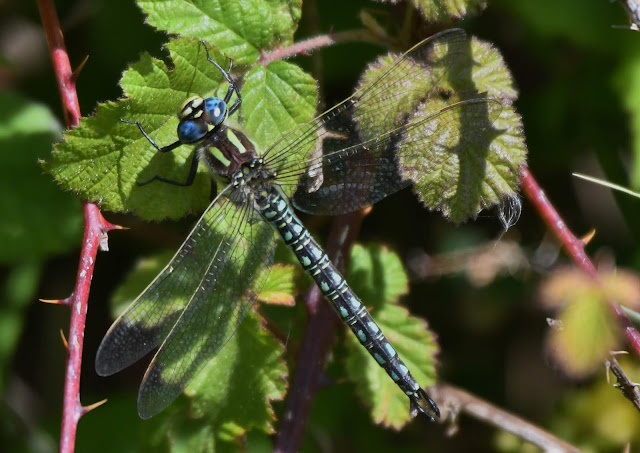 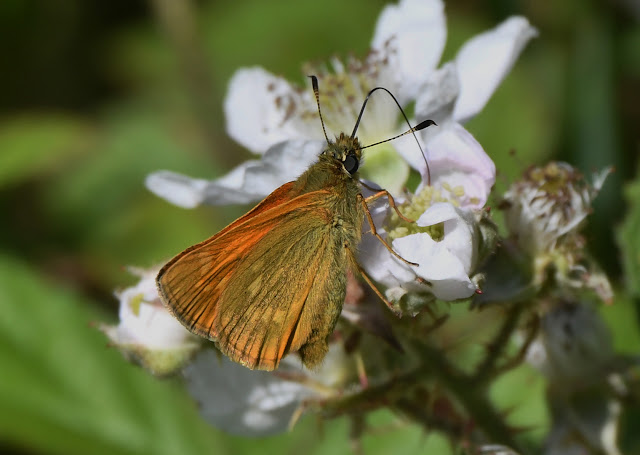