A Stone-Curlew present all day and into the late evening was the main attraction.  It ranged from the golf course to the end of Warren Point.  This was the fourth bird since 2013 but only the eighth record since 1867.  It spent the morning high tide stood, incongruously, among the large and noisy mixed aggregation of Oystercatcher and Sandwich Tern on Finger Point.  It reigned a small circle of unfamiliar awe around it, though occasionally an Oystercatcher would walk up closer to inspect the interloper, before running off. For a brief time, things got stranger still when a juvenile Kittiwake, a scarce bird on Finger Point, got close enough for both species to eye each other.  One has to wonder how many times that's ever happened. 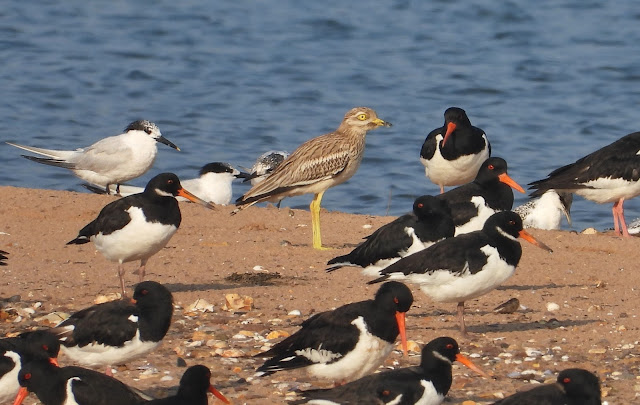 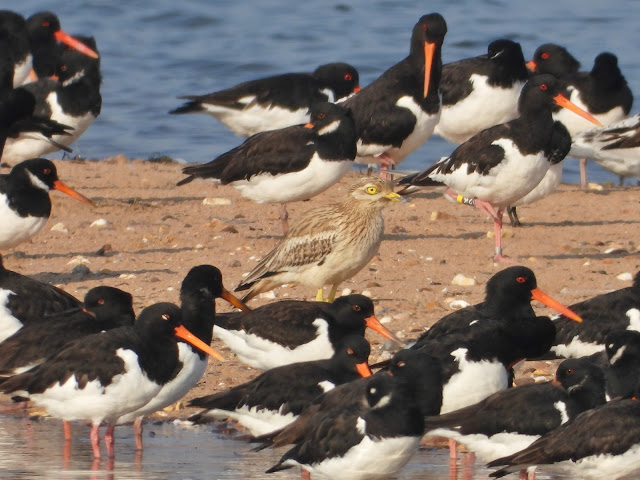 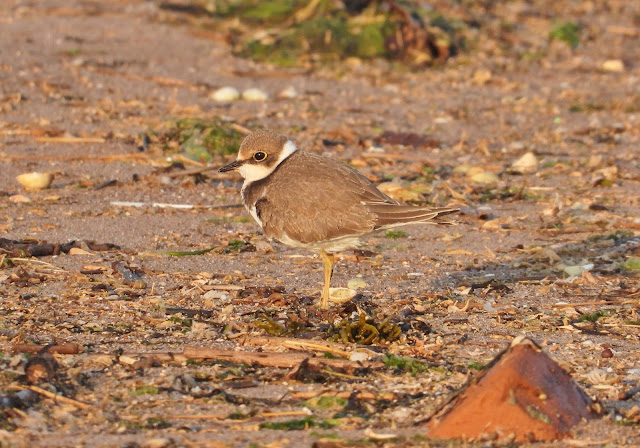 Another huge find today was a Marsh Tit, seen and heard with a mixed tit flock, including a Coal Tit, a notable species this time of the year, moving up through the site.  Seems likely this is the same bird as one here on 16th June, though still constitutes only the 12th record for site.  Migrants in the bushes were two Willow Warbler, a Sedge Warbler and a Wheatear beside the hide.

Elsewhere, a trickle of Swallow passing through all day, plus a couple of Swift.  A small number of Mediterranean Gull joined other small gulls and hirundines anting overhead.
Posted by Dawlish Warren at 22:16