A misty start to the day lifted just too soon with the birds moving to the east of us presumably following the cloud line just to the north of the Warren. As a consequence there was virtually no movement overhead with just 35 Swallow, four Yellow and a Grey Wagtail noted. Grounded migrants were however more numerous with two Lesser Whitethroat, a Whinchat, at least five Wheatear, a Garden Warbler, 11 Whitethroat, nine Chiffchaff and eight Blackcap. 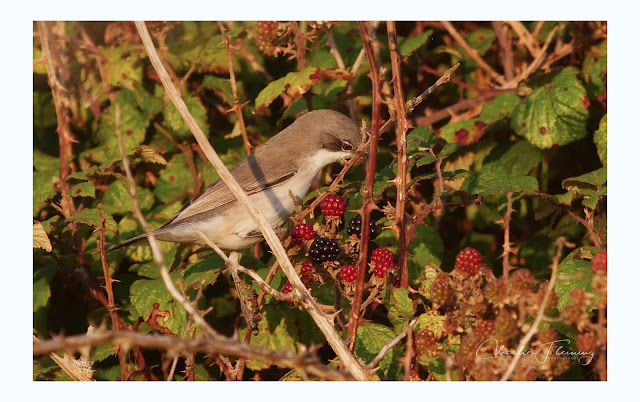 The estuary was also busy with an Osprey mid morning, a juvenile Black Tern, a Little Ringed Plover, 331 Curlew, 294 Redshank, 226 Dunlin, 97 Ringed Plover, 49 Sandwich and four Common Tern, 47 Knot, a Greenshank, the first Snipe of the autumn and the Slavonian Grebe. A second Black Tern joined over 700 Black-headed and 10 Mediterranean Gull anting over the estuary and surround areas.

Wildlife News: Two Clouded Yellow were seen and the Grey Seal was in the estuary.
Posted by Dawlish Warren at 18:36