The clouds of gulls and terns present in the estuary over the past few days had largely dispersed and the site had a more sedate feel about it today. Despite overnight movement, interest could still be found during the late morning high tide with the presence of two Little Tern (adult & juv) and the juv Black Tern among terns roosting on Finger Point and in front of the tide, totaling 221 Sandwich Tern and 11 Common Tern.  Of the Sandwich Tern, at least two were Dutch; yellow colour-ringed 'T87' was ringed as a pullus in 'Utopia', Texel, Holland in 2015 and was seen at Dawlish Warren a few times that autumn and in 2017.  Other sightings of it have been at Salcombe, south Devon and Namibia in Nov 2016. 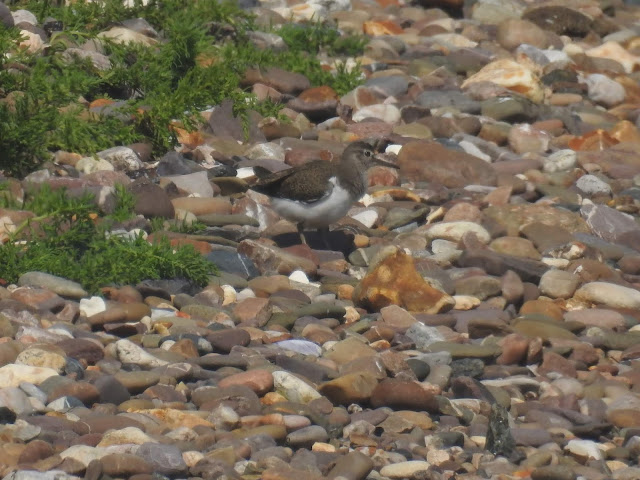 Nothing of particular note at sea, nor overhead, nor in the bushes, just the Coal Tit again and a Collared Dove.

Wildlife news: Pantaloon Bee Dasypoda hirpites was spotted near the Back Meadow; an Emperor quartered the Main Pond and scattered around the site were a few Painted Lady, Red Admiral and Silver Y.
Posted by Dawlish Warren at 16:11