Another humid day with an onshore easterly breeze in the morning coinciding with a spring tide and plentiful shoals attracted big numbers of gulls and terns to the lower estuary with year-max counts including c.750 Black-headed Gull, 256 Sandwich Tern and 38 Common Tern, joined by a single adult Arctic Tern at times with a juv Black Tern. 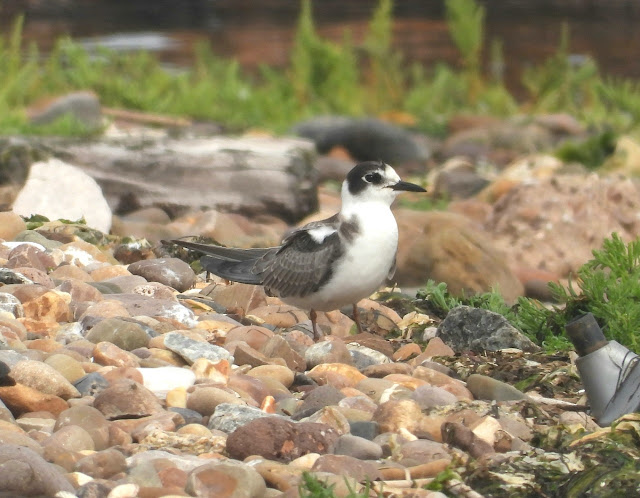 The juv Kittiwake was again on Finger Point. Alas no sign of yesterday's Stone-Curlew. A couple of Arctic Skua floated together offshore in the morning, but the biggest surprise of the day was a flock of four pale phase Arctic Skua in the estuary over Cockle Sands, likely attracted in by a huge cloud of terns and gulls there, which they chased around, creating quite a commotion.  The loose flock of skuas then took height, soared around and drifted up the east side of the estuary.  This is highly unusual behaviour by this species.

Three generations of Moorhen again wandered the fairways at dusk and a Sedge Warbler was near the Main Pond earlier.  Single Sparrowhawk, Peregrine and 25+ Swallow overhead. The Marsh Tit was back again with a mixed tit and 'phylosc' flock, including Coal Tit again and two Willow Warbler, calling and mobile.  Two Collared Dove also in bushes and the male plus three juv Stonechat were again predictably around the 14th to hide area.  Modest-sized flocks of Linnet and Goldfinch continue to roam the site but 105+ House Sparrow pre-roost flock in scrub around the golf course outbuildings was another year-max.

Wildlife news: lots of active insects, images of two of the more showy species below are Sand-tailed Digger-wasp Cerceris arenaria and the parasitic wasp Gasteruption jaculator. 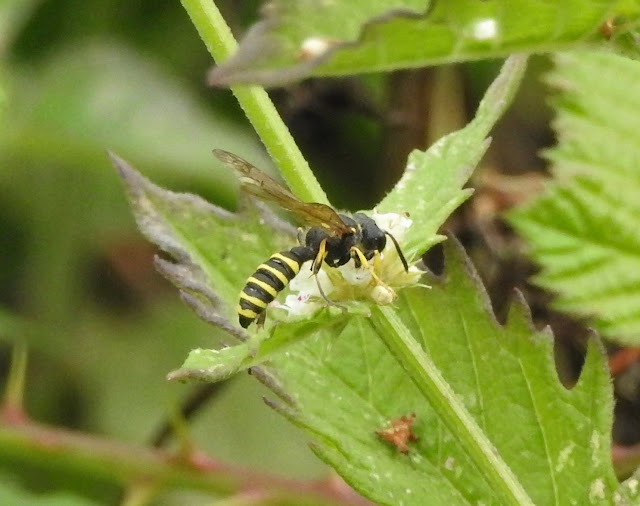 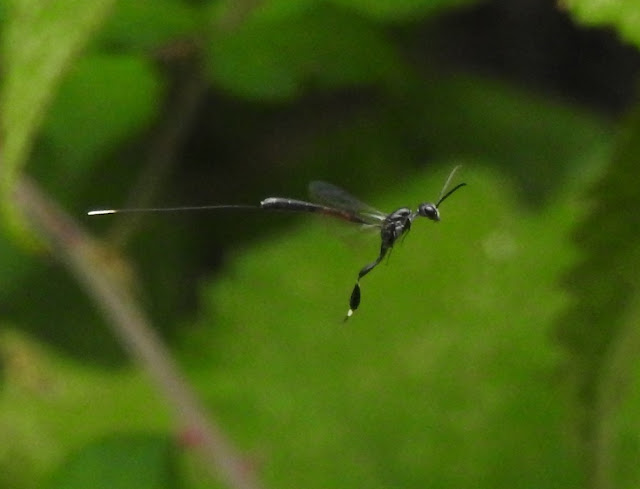