A small fall of migrants included only the second Lesser Whitethroat of the year amongst 12 Whitethroat, 11 Blackcap, a Garden Warbler and a Wheatear. Also around the bushes two Treecreeper and a Coal Tit. Over the high tide two juvenile Little Ringed Plover were in the Bight with 1018 Oystercatcher, 345 Dunlin, 129 Ringed Plover, 79 Sandwich and a Common Tern, 15 Knot and 13 Sanderling. Also in the estuary the Slavonian Grebe and an adult Cormorant feeding a juvenile bird, not something previously noted on site.

Wildlife News: The first Clouded Yellow of the year was in Greenland Lake along with 20+ Painted Lady and at least three Red Admiral. 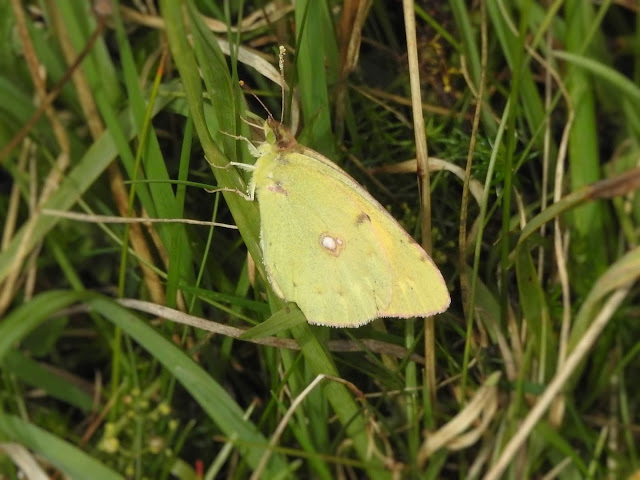