Away from the estuary most of the action was on the Main Pond with nine Mallard ducklings, seven cygnets, five Moorhen chicks and three Little Grebe chicks.

Wildlife News: Eight species of butterfly, including Painted Lady and six Bumblebee species, including Tree, Garden and Early, were on the wing. Elsewhere two Water Vole were at the Main Pond, a Migrant Field Syrph Eupeodes corollae was by the seawall, a Broad-bodied Chaser was on the Golf Course and a Cream-streaked Ladybird and an Aethes deaurana were in the Buffer Zone. 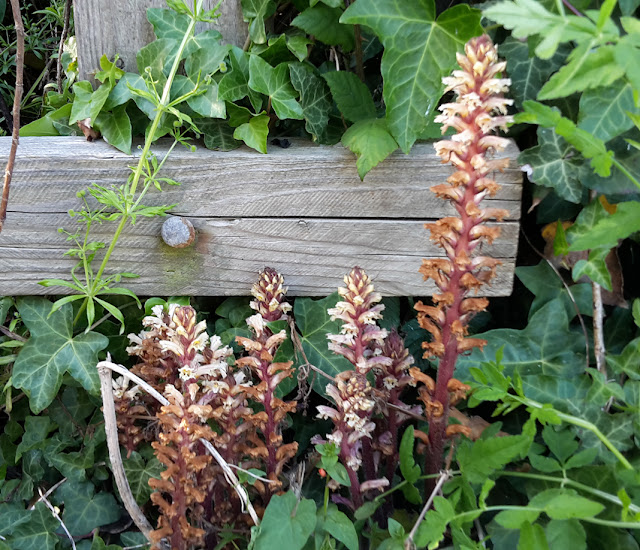 Ivy Broomrape - a rare species on site making sporadic appearances around the car park.
Posted by Dawlish Warren at 23:30