An immature Black Guillemot which flew across the bay before pitching distantly offshore was an obvious highlight the first since May 2018 and only the 12th site record, although the fourth in May. Otherwise it was relatively quiet offshore with two Red-throated and two Great Northern Diver through and a handful of Sandwich Tern feeding.

Wader numbers have largely dropped off although 95 Bar-tailed Godwit remain along with 36 Dunlin, 18 Ringed Plover, 12 Sanderling and a Knot. A Common Sandpiper on the beach was a new arrival as were single Wheatear and Sedge Warbler.

Ringing News: A Bar-tailed Godwit on the beach had been rung at Terschelling, Holland on 6th May 2019, and was recorded there again in Spring 2020. This is the first sighting away from there, perhaps its next stop on the way to Russian breeding grounds. 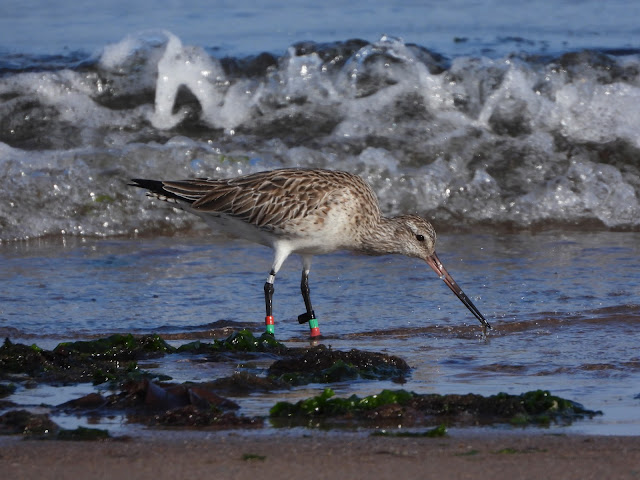 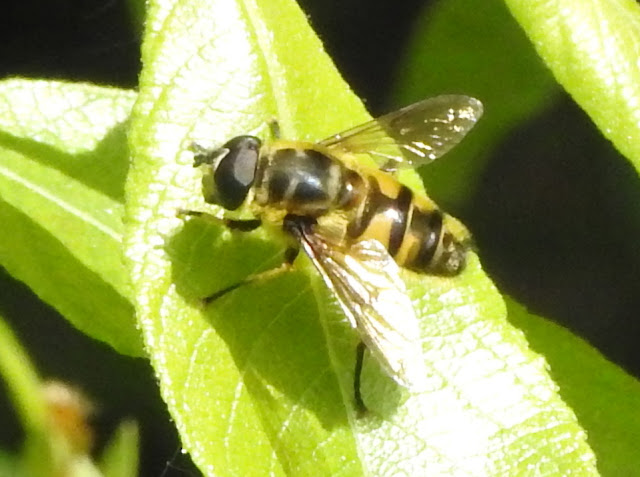 In addition a further overlooked(?) new Warren species was discovered, the widespread Downlooker Snipefly Rhagio scolopaceus. These took the annual biodiversity audit to over 1000 species, with 5083 species now seen in the Recording Area. 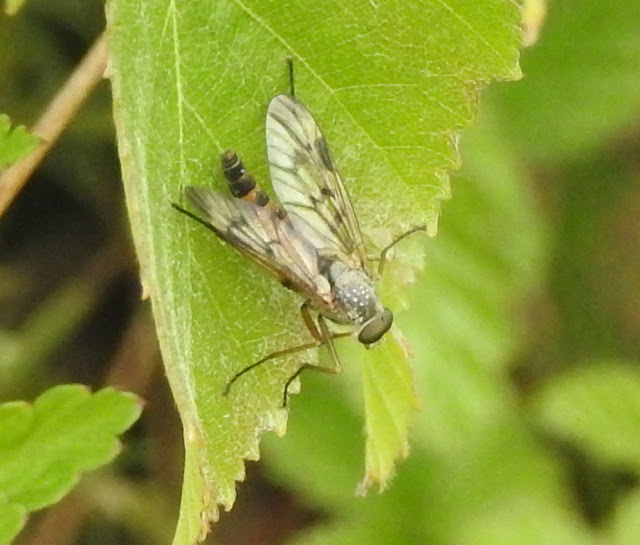