Counts from the estuary included 228 Oystercatcher, 186 Dunlin, 140 Bar-tailed Godwit, 110 Whimbrel, 59 Ringed and two Grey Plover, 23 Turnstone, seven Sanderling and a Knot. Numbers on the morning tide were largely the same as yesterday suggesting no overnight arrivals, but numbers of Bar-tailed Godwit, Dunlin and Ringed Plover were much lower on the evening tide. 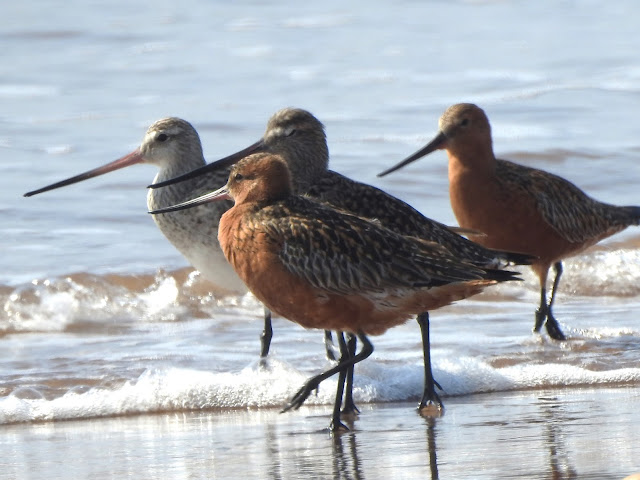 Elsewhere five Sandwich Tern and a first summer Mediterranean Gull were offshore and 17 Swallow, a House Martin and a Buzzard passed overhead. 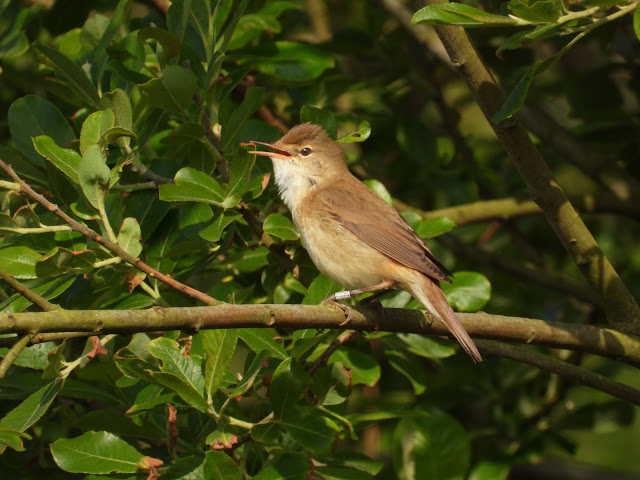 Ringing News: Amongst the roosting Whimbrel this evening was D63, first recorded here in 2016 and stopping off on the Exe for at least it's sixth Spring migration.

Wildlife News: A few more insect species, if not numbers, are beginning to emerge with Cocksfoot Moth new for the year along with Red-legged Spider Wasp Epsilon rufipes, the longhorn beetle Grammoptera ruficornis and Superb Ant-hill Hoverfly Xanthogramma pedissequum. 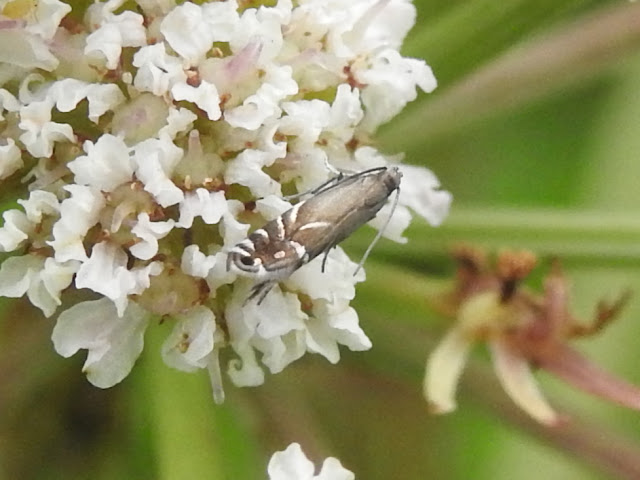 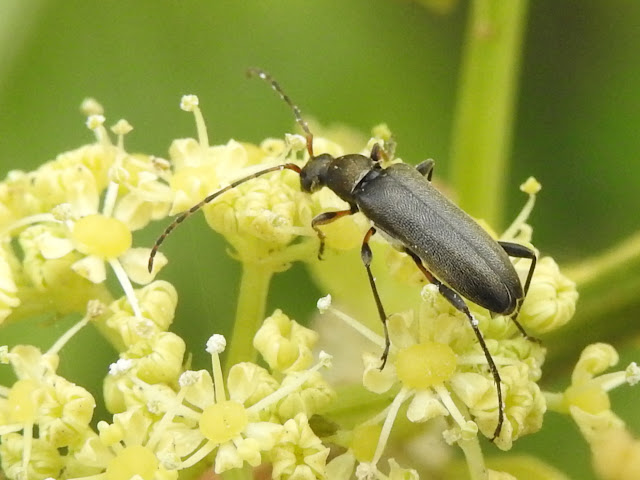