Most of the activity came from the estuary with an increase in waders and wildfowl arriving on the northerly winds, amongst the latter a juvenile Scaup in Shutterton Creek, the first of the year.

Elsewhere two Water Rail were at the Main Pond; 70 Swallow, 22 Meadow Pipit, four Rook and a Sand Martin flew through with a Wheatear on the Golf Course and 14 Chiffchaff, six Blackcap and two Goldcrest on site. A Coal Tit made a brief visit from the mainland with nine Long-tailed Tit.

Wildlife News: A Vestal was on Warren Point with a Locust Blowfly in Greenland Lake another migrant, also on the wing the second site record of Yellow-girdled Dasysyphrus D. tricinctus, one of ten hoverflies species seen. These included Gossamer Hoverfly Baccha elongata and Yellow-barred Peat Hoverfly Sericomyia silentis. 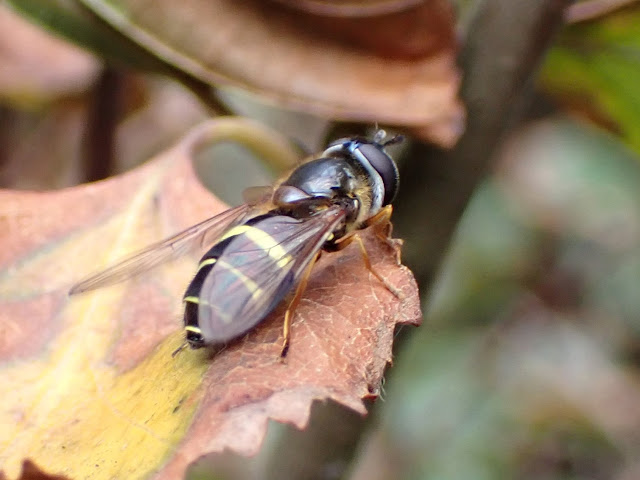 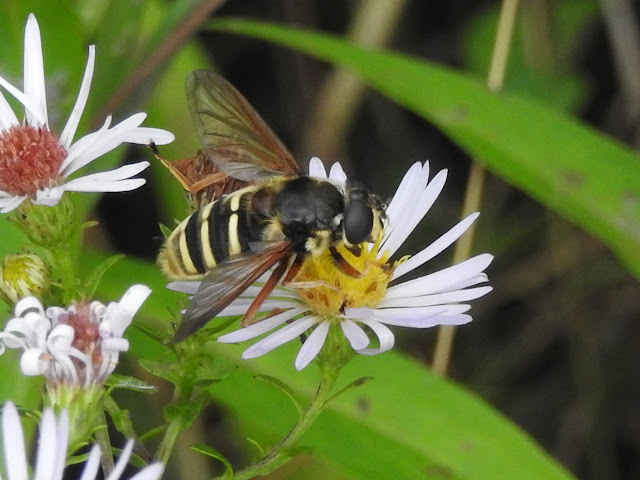 A Grey Seal was in the estuary and the first Vervain Verbena officinalis for the Warren was found growing on the Golf Course. 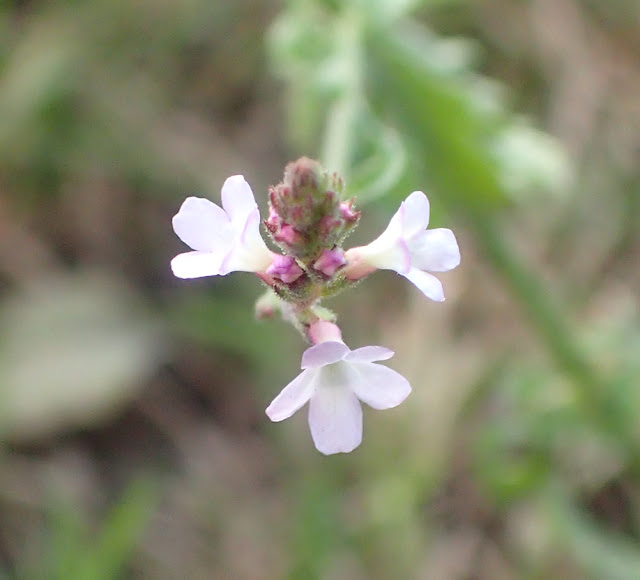 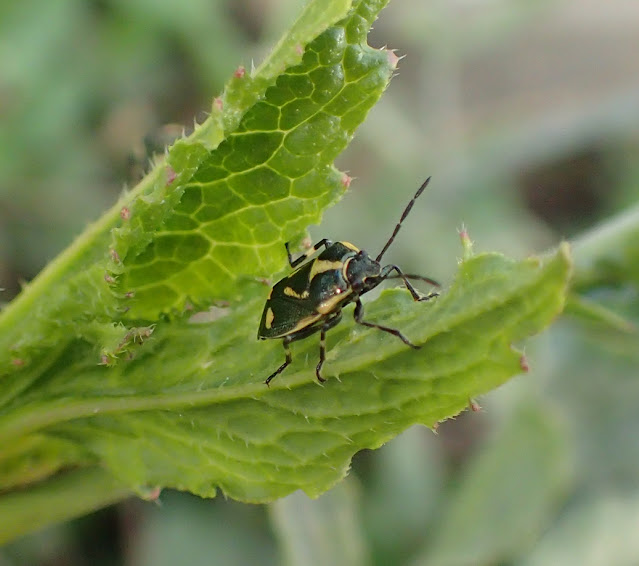