An adult Spoonbill low north over the seawall early morning was a great start, but seemed to be the only new arrival with the bushes holding 14 Chiffchaff, three Blackcap, a Whitethroat and a Reed Warbler.

In the estuary no sign of the Spoonbill but an Osprey was present late morning. Over the evening tide a juvenile Little Stint was with 112 Ringed Plover and 88 Dunlin in the Bight, with other counts including 328 Teal, 182 Wigeon, 178 Redshank, 31 Bar-tailed Godwit, 10 Sanderling, nine Greenshank, eight Sandwich Tern, five Mediterranean Gull, two Kingfisher and a Turnstone.

Wildlife News: A female Ectophasia crassipennis was seen by the Main Pond, this is the second Recording Area record for this rare tachinid fly, which was first recorded in the UK in 2019. Also nectaring on the abundant Michaelmas Daisy at least six species of hoverfly and a couple of late digger wasps, Common Ectemnius E. continuus and a Mournful Wasp Pempherdon lugubris. In Dead Dolphin Wood an Ivy Waspgrabber Leopoldius signatus was only the third site record. 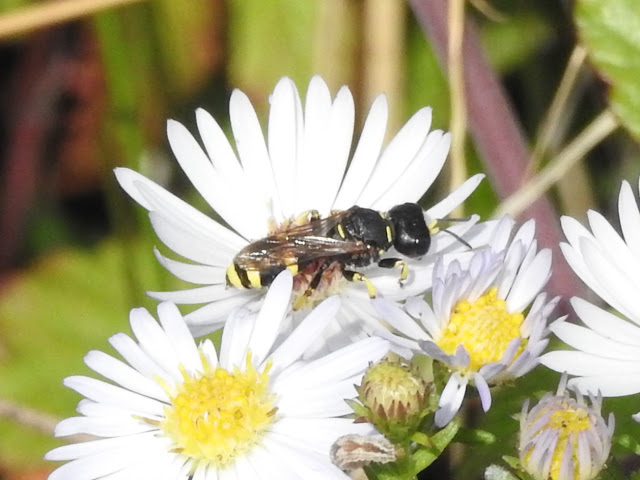