A day of quality and quantity after overnight rain cleared early morning. The highlight was a site record count of four Green Sandpiper, matching the number recorded on 27 Aug 1983. Like the majority of previous records, they were in the saltmarsh early morning before flying off, but most records are of single birds, including the last here in Aug 2020.

At the Bight there were 156 Sandwich and seven Common Tern, with the counts of 89 Dunlin and 79 Ringed Plover hampered by the presence of a Short-eared Owl, the second of the autumn. Amongst the waders, a Little Stint, seven Knot, two Grey Plover and a Common Sandpiper, whilst nine Pintail flew over. 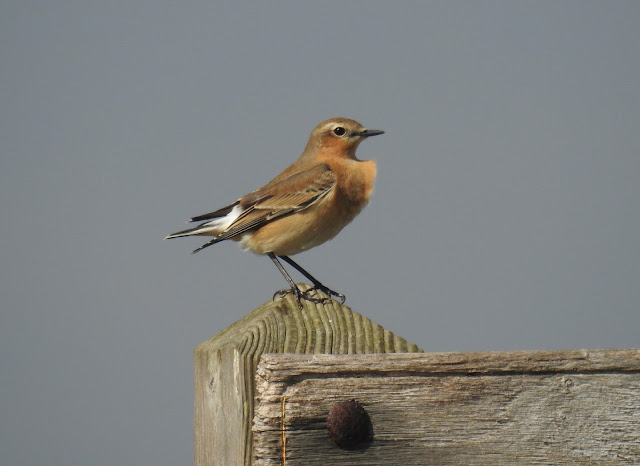 Elsewhere 46 Sanderling and two White Wagtail were on the beach, with just 10 Chiffchaff, single Whitethroat and Goldcrest in the bushes and four Grey Wagtail overhead. Wheatear were however a feature, with at least 27 present, many moving on as soon as the rain eased. 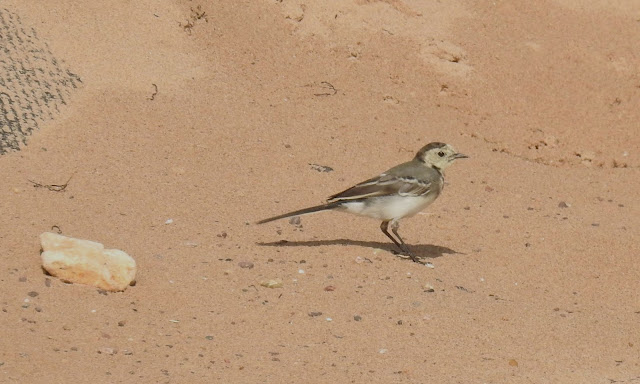 Ringing News: At least eight of the Sandwich Tern carried colour rings giving an indication of where this late influx originates. Five of them came from Holland, the first North Sea recoveries this autumn, one of which, ringed in 2014, has been seen here in five previous autumns

The other birds came from the Irish Sea, namely Anglesey, Wales; Hodbarrow, Cumbria and Wexford, Ireland. The latter was present in Aug 2021 and earlier this autumn, previously being last seen here on 11 Aug.

Wildlife News: A Painted Lady, two Red Admiral and a small number of Rush Veneer hinted at ongoing migration, confirmed by the presence of at least 20 Migrant Hawker. 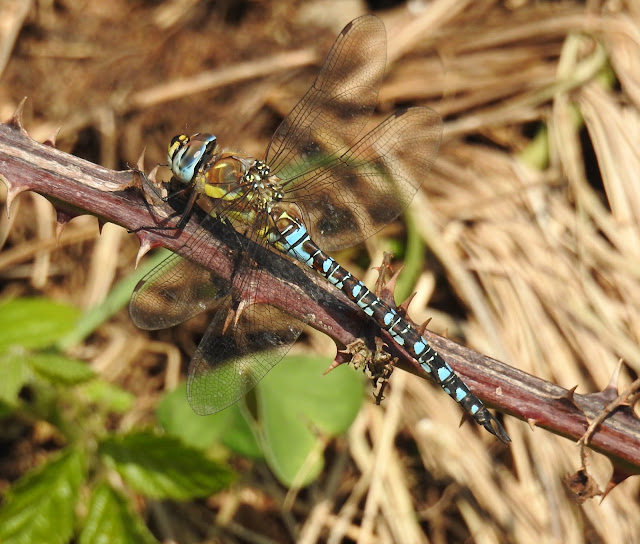