A typically elusive Wryneck was on Warren Point mid morning but soon went to ground. This species has now occurred annually since 2013, something that can't be said for other migrants such as Cuckoo, Lesser Whitethroat, Pied Flycatcher, and so far this year, Redstart.

Elsewhere 31 Common Scoter were offshore and the first returning Water Rail was at the Main Pond.

Wildlife News: The nationally scarce Dune Jumper Marpissa nivoyi was rediscovered on Warren Point on the shore f the Bight. It had been feared lost following storms in late 2019, when much of its habitat was washed away. The first Vestal of the year was in Greenland Lake. 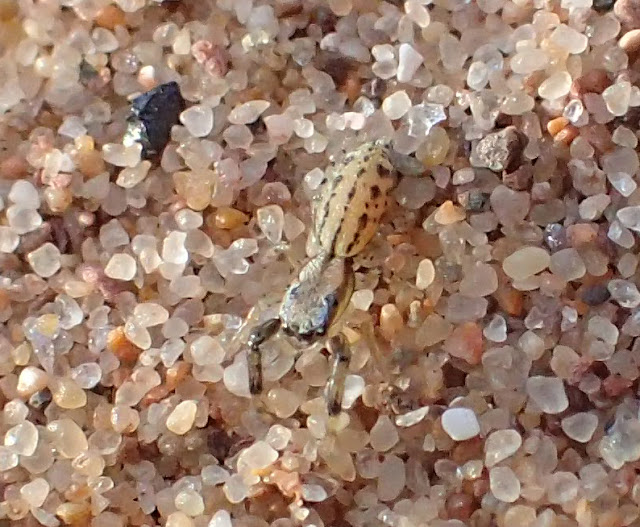