Around 20cms of snow was on site first thing but soon started to melt, other evidence of yesterday's weather was included a Woodcock, 37 Golden Plover, including a flock of 25 west, 11 Redwing and two Fieldfare; though a record count of seven Cirl Bunting may also have been linked to the cold. 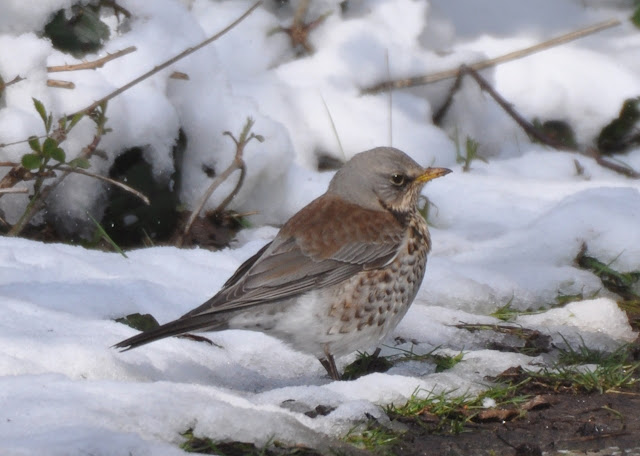 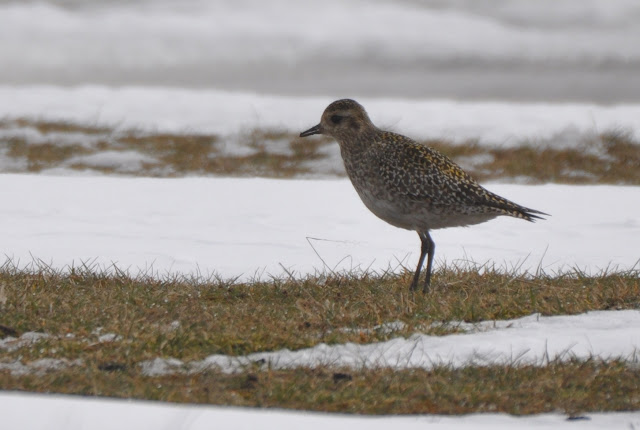