An immature Glaucous Gull was off Langstone Rock until mid afternoon, a different bird to last week so the fourth of the winter. Also offshore two Great Northern Diver, 24 Great-crested Grebe and 18 Common Scoter. Elsewhere the Slavonian Grebe was off Cockwood and a Shoveler remains on the Main Pond. 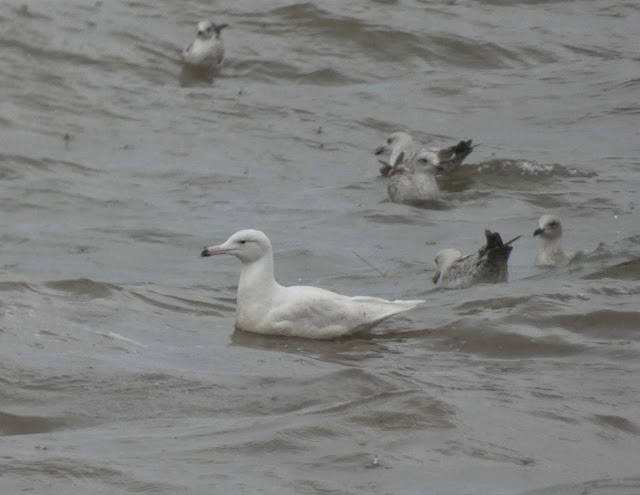 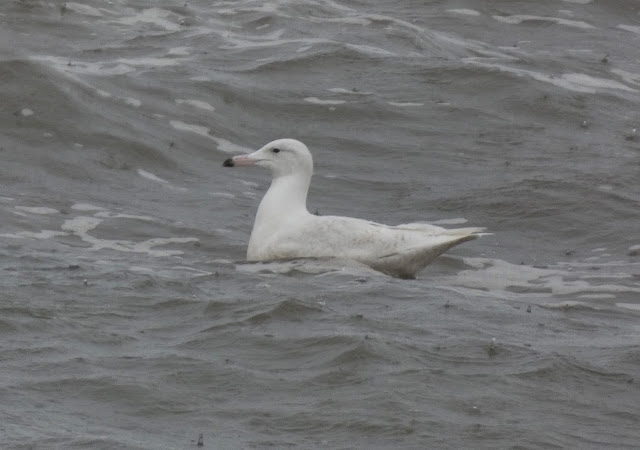 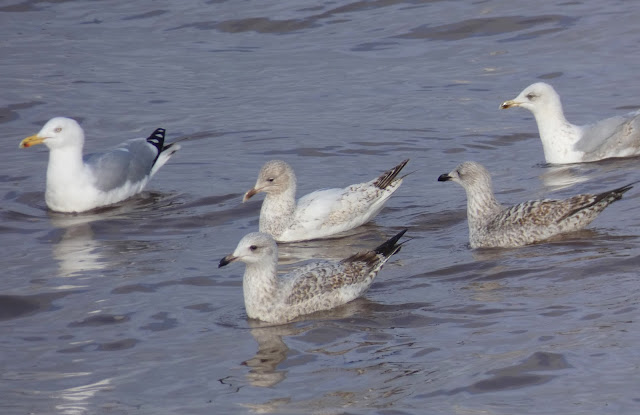 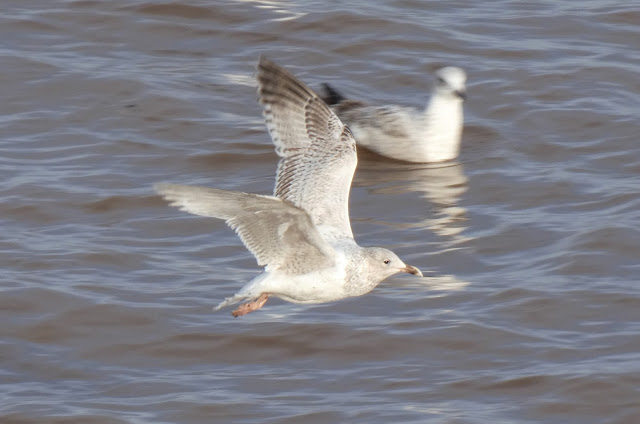 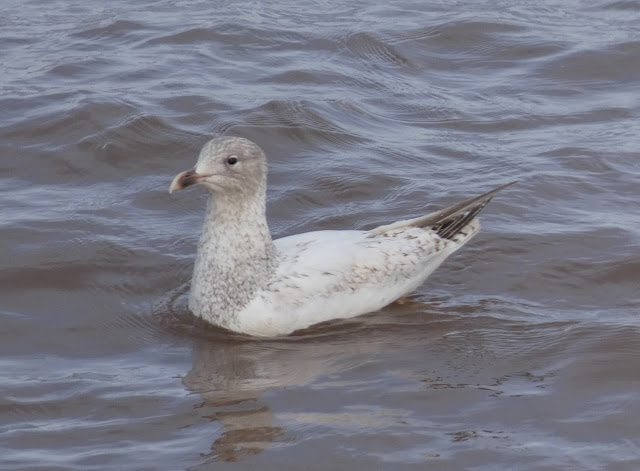 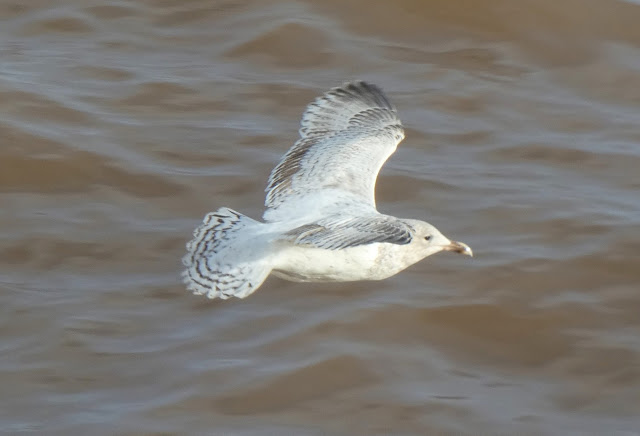 Present for a couple of hours and very confiding at times, this striking gull foraged among a melee of mixed gulls around Langstone Rock this afternoon.  Structurally like Iceland Gull, 10% smaller than Herring Gull with a more rounded head, kind expression, small dark eye, light built bill and long primary projection, but plumage-wise, clearly not.  That said, these features do indicate lineage from somewhere along the Larus glaucoides cline.
The dark primaries suggest Thayer's Gull but the scallop-banded tail, mottled tertials and various other things eliminate this subspecies. The rather dark, broad and faintly block-barred secondary bar, and some smudginess and speckling on the inner and primary webs are an added complication.  As was the contrast between its pure white mantle and flanks with its faint grey-brown hood and small speckled head and neck, although the colour of the mantle and some other feathers suggest partial albinism. This is a bird seemingly made up of random parts, but what is it? Is it a dark Kumlien's, Kumlien's x Thayer's or even Iceland x Herring hybrid?  Thoughts welcome, thanks.
Posted by Dawlish Warren at 19:33