An incredible day of weather and birding extremes as 'Storm Emma' met the 'Beast from the East' overhead producing drifting snow and a white-out blizzard in strongly easterly winds.

Observers were on site from 9.15 but the first half hour was relatively quiet with a handful of Golden Plover, Lapwing and a single Fieldfare overhead, but two Avocet on the Main Pond suggested something unusual was happening. Walking up site numbers of Lapwing and Golden Plover passing SW overhead steadily increased and they continued through the day with the thrushes not arriving until early afternoon. Birds were still moving during the heaviest snow right up till dusk. 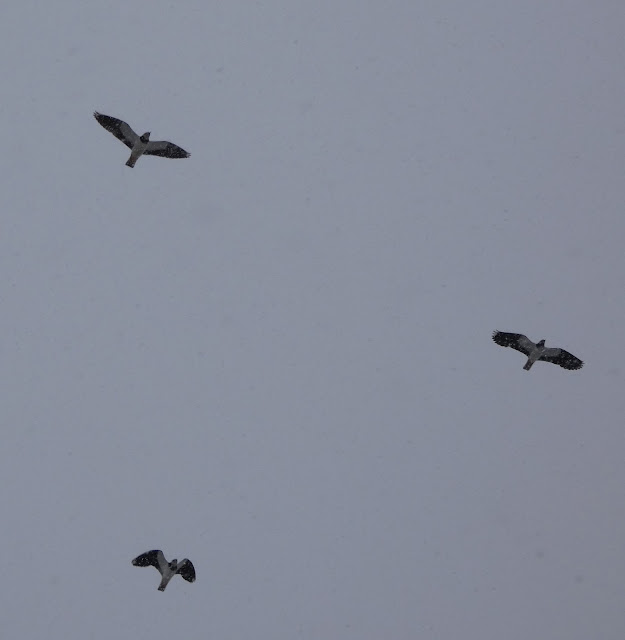 A total of 9180 Lapwing was a new site record, very few alighted at first, but when the blizzard took hold in mid-afternoon, small flocks were landing on site with birds in the Crocus Compound, along the track by the visitor centre, the seawall and Langstone Rock.  Since 1980, there have been only three huge cold weather movements of Lapwing at the Warren: Dec 1981 (max 4000), Jan 2010 (max 3317) and Dec 2010 (max 996), even combined this eclipses them all. 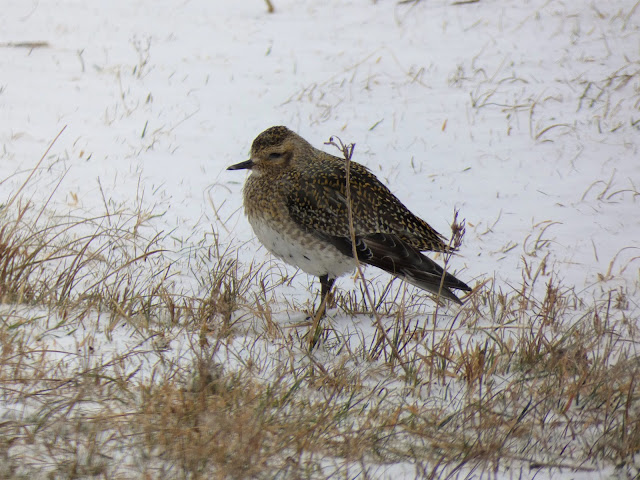 A total of 3154 Golden Plover was also a new site record, unlike Lapwing few landed, even during the blizzard. The previous record was 150 in 1965. However since the first report in 1936, there have only been 1572 bird-days at the Warren, so in other words, there were twice as many Golden Plover recorded today as have ever been recorded on site! 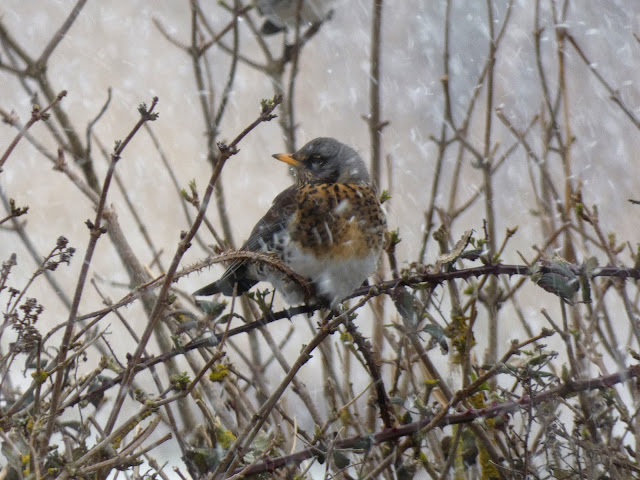 Other totals included 2400 Redwing, 1520 Fieldfare, (both dropping in in large numbers), 15 Snipe, 12 Dunlin and single figures of Skylark, Meadow Pipit, Redshank, Chaffinch, Linnet and Blue Tit. Elsewhere 347 Brent Geese and 280 Wigeon were in the estuary, the Eider and a Great Northern Diver were offshore, eight Shoveler were on the Main Pond and a Great-spotted Woodpecker was drumming throughout the day.
Posted by Dawlish Warren at 19:49