Three Woodlark in the Buffer Zone most of the day were the highlight, this species is most often recorded here passing overhead and these were the first since 2014. 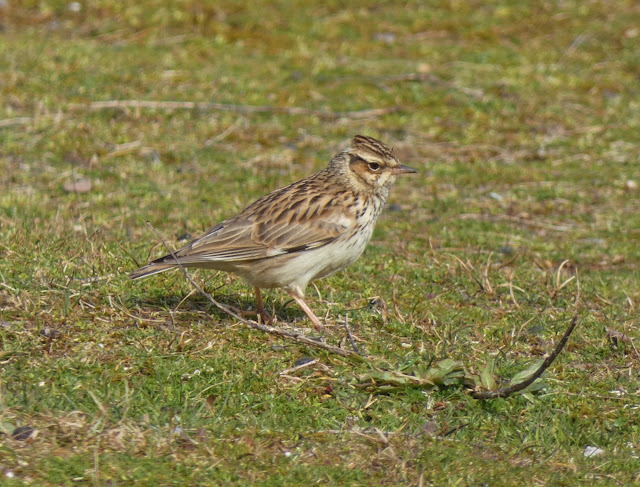 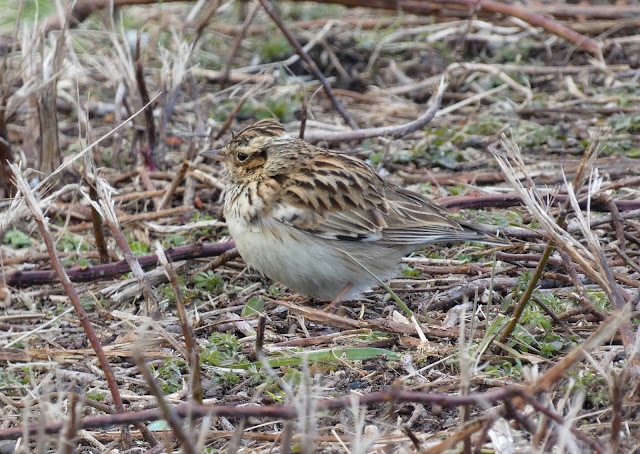 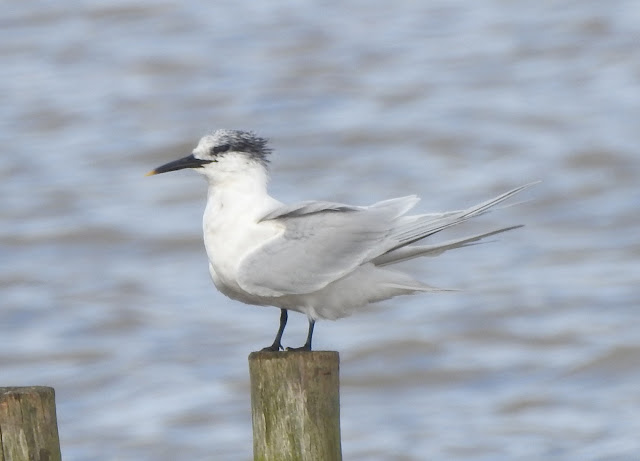 Elsewhere large numbers of gulls were feeding around the beaches with 95 Lesser Black-backed and 55 Common and three Mediterranean Gull; two Great Northern Diver and an Eider were off John's Watch, single Jackdaw and Raven were overhead. A count of dead birds following the cold weather revealed 109 Lapwing, 34 Golden Plover and single Redshank, Little Egret and Avocet. The totals of the first two species exceed the number of live records here between 2011 & 2017.
Posted by Dawlish Warren at 19:50