A restart to Spring following the snow, but although it looked like Spring with the temperature barely reaching double figures it didn't feel like it. Migrants included at least six Chiffchaff actively searching for food at ground level and a single Wheatear in Greenland Lake, but the Warren's earliest ever Little Ringed Plover was a surprise on the Golf Course. 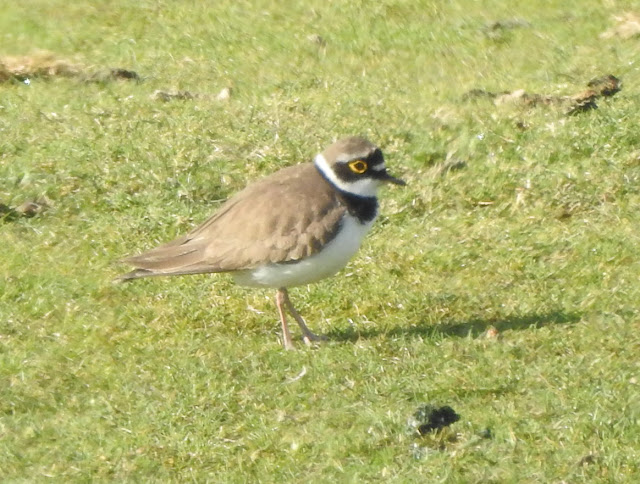 Little Ringed Plover - Alan Keatley
In the estuary a Spoonbill was on Finger Point at high tide with 64 Curlew and 11 Sanderling but other counts weren't possible as everything was flushed by people in high vis yellow chemical suits on Warren Point... Elsewhere five Shoveler were on the Main Pond, a Great Northern Diver was off John's Watch and four Redwing remain in the Entrance Bushes. 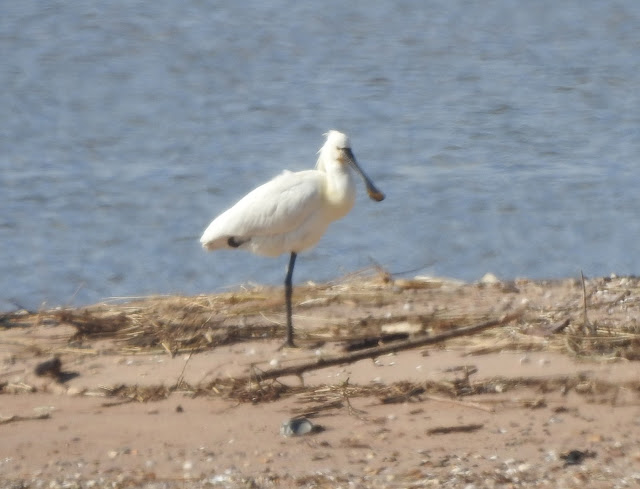 Wildlife News: The sunny weather brought out a few insects but the temperature limited numbers. Several queen Buff-tailed Bumblebee and a Peacock were on the wing and the early spring hoverfly Cheilosia grossa was foraging on Sallow in the Buffer Zone. This is new species for the recording area, which has very few Devon sites. 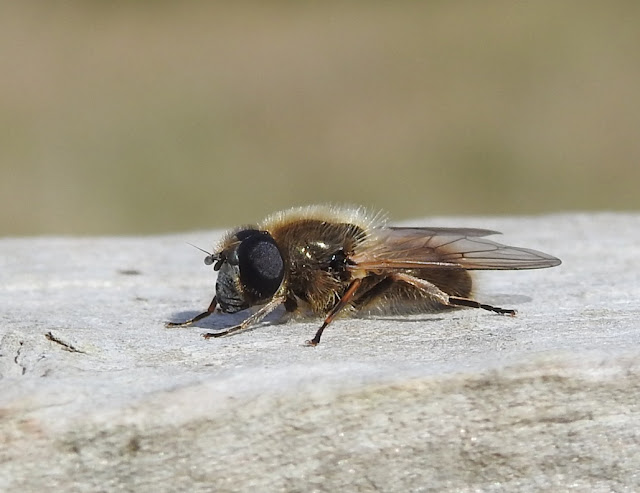