Another grey overcast and occasionally wet day but the species tally of 78 was the highest of the year as a few migrants arrive whilst wintering species linger, albeit in dwindling numbers. The unexpected highlight was the Warren's eighth Great White Egret which flew past the seawall and eventually up the estuary mid afternoon; also moving overhead three Sand Martin, 124 Meadow Pipit and a single flock of 142 Wood Pigeon, the largest ever spring count. The previous record being 63 in early-Apr 2006. Other migrants included seven Chiffchaff, five Wheatear, a Firecrest and the year's first Coal Tit. 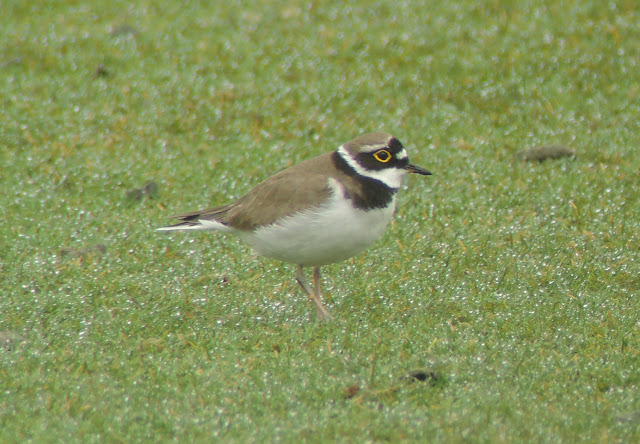