A cold, breezy and occasional wet day but with a hint more Spring when the sun did come out. The highlights came from the direction of the northerly wind with a new first winter Glaucous Gull on Finger Point and a new immature Iceland Gull in the estuary. Also from the hide 24 Sanderling, 21 Ringed Plover, 14 Brent Geese, three Dunlin and two Grey Plover. 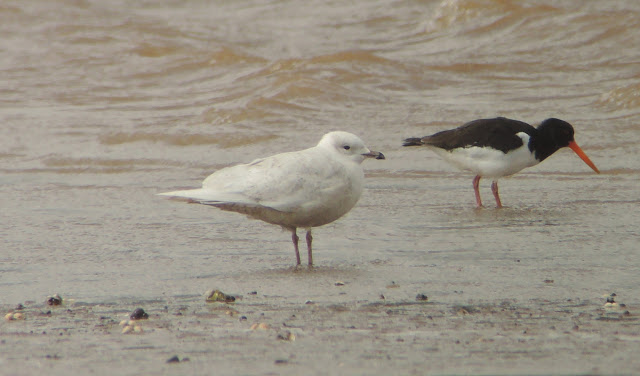 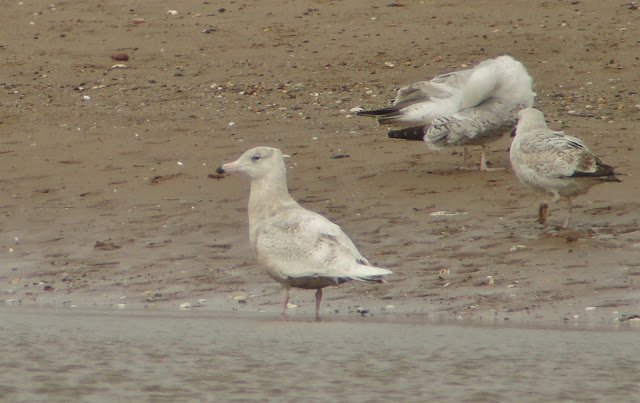 Elsewhere the Slavonian Grebe was off Cockwood; now in full summer plumage, 21 Sandwich Tern and single Eider, Great Northern and Red-throated Diver were offshore and three Wheatear were new arrivals on site.
Posted by Dawlish Warren at 19:22