The second Wryneck of the year was on Warren Point briefly but couldn't be refound, a mobile Jay was also the second for the year. Other migrants included a late Hobby, 10 Chiffchaff, three Blackcap and on the Main Pond, a Grey Wagtail. Also on site a calling Tawny Owl at both ends of the day, 150 Goldfinch and 100 Linnet.

Wildlife News: Two Starry Smoothhound Mustelus asterias were in the estuary shallows as the tide receded. The first Ivy Bee Colletes hederae were on the first flowering Ivy. 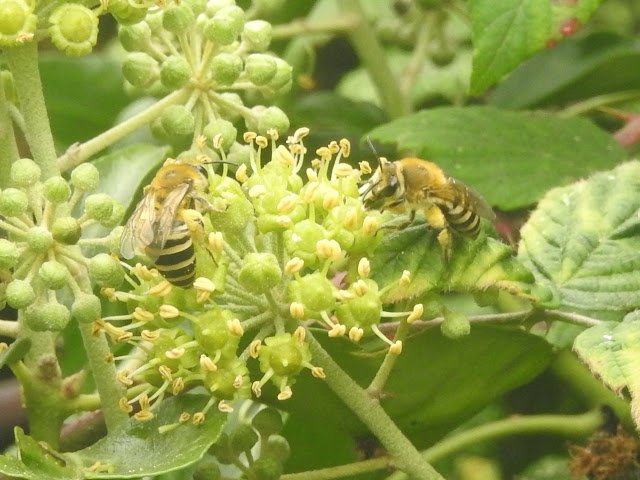