In the estuary the juvenile Spotted Redshank was still present over the high tide in the Railway Saltmarsh with 320 Redshank, 236 Curlew, 23 Wigeon, 20 Teal, nine Greenshank and a Common Sandpiper, with the Snow Goose again present with 263 Canada Goose. 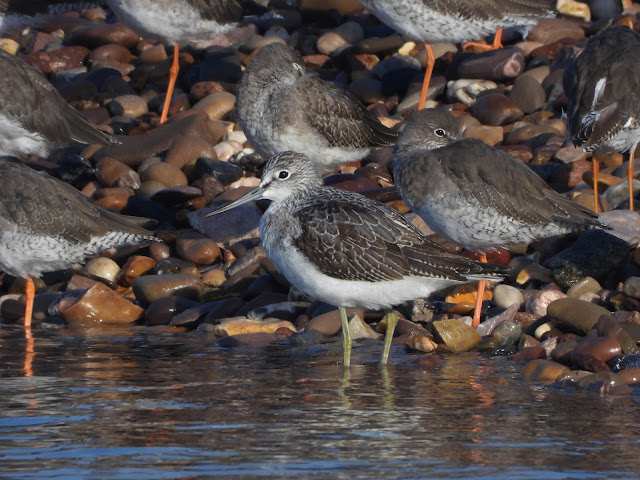 In the Bight a second winter Little Gull was present on the morning tide only, with the juvenile Little Stint still present with 407 Dunlin, 154 Ringed Plover, 23 Knot, 19 Bar and a Black-tailed Godwit, two Mediterranean Gull and two Whimbrel. 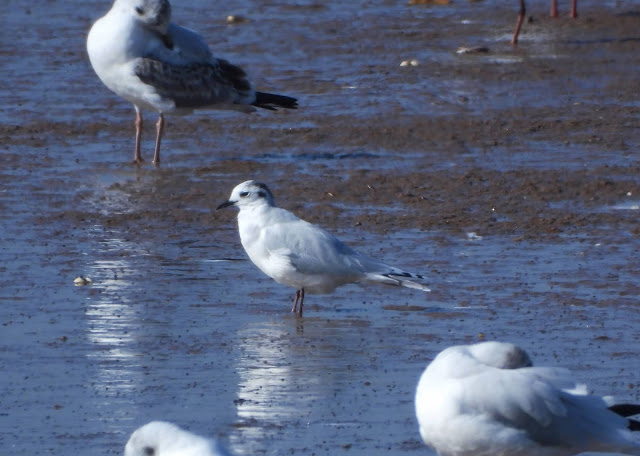 Elsewhere a Wryneck seen in flight around the Bight and onto the Golf Course was a surprise arrival with the only other migrants noted two White Wagtail and Wheatear, seven Balearic Shearwater were offshore, six Sanderling and a Turnstone were along the beach and the evening tern spectacle continues with 445 Common and 27 Sandwich Tern arriving from presumed feeding grounds out in Lyme Bay to roost in the estuary. 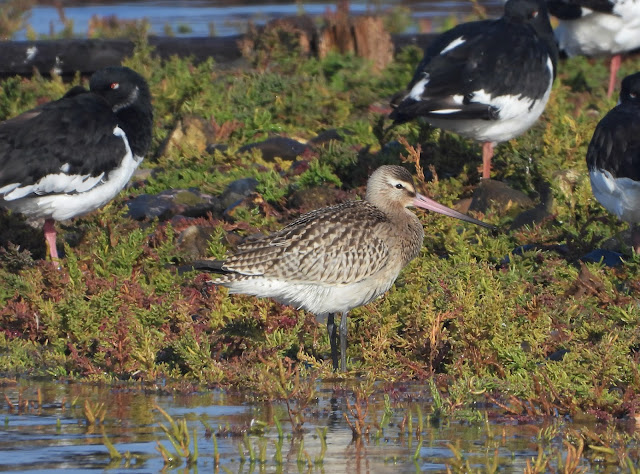