It was an excellent year for bees with a total of 44 species recorded, including seven new species.

As is normal nowadays wintering Buff-tailed Bumblebee Bombus terrestris were the earliest bees, joined by Honey Bee Apis mellifera from the end of February and the first Hairy-footed Flower Bee Anthophora plumipes on 31 March. 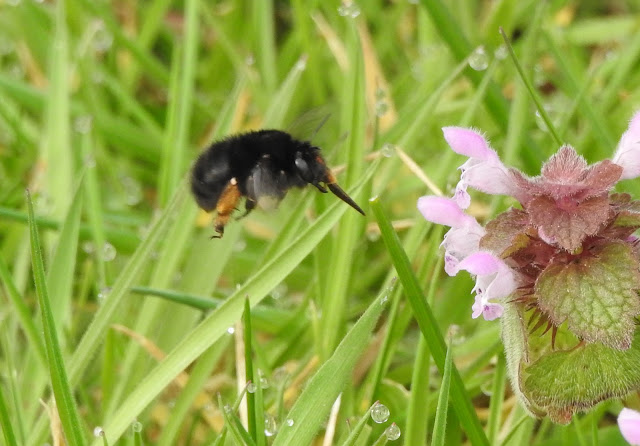 Sunny days at the end March and the beginning of April saw the first mining bees with Buffish Andrena nigroaenea, Chocolate A.scotica, Orange-tailed A.haemorrhoa and Yellow-legged A. flavipes all nectaring on the emerging Alexanders. They were joined in mid-April by Common Mini-miner A.minutula, Sandpit Mining Bee A.barbilabris, Grey-patched Mining Bee A.nitida and the spring generation of the nationally scarce Black Mining Bee A.pilipes. Not surprisingly the cleptoparasite nomad bees (Fork-jawed Nomada ruficornis, Marsham’s N.marshamella and Painted N.furcata) were also on the wing at the same time seeking out their hosts nesting aggregations. 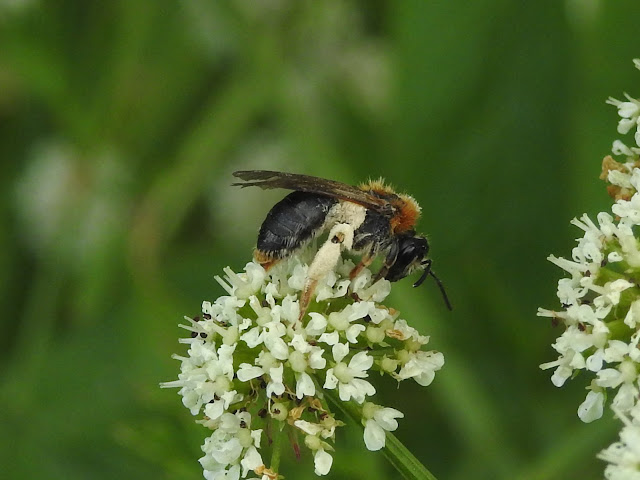 Several bumblebee species were active as the willows began to blossom during April with Common Carder Bombus pascorum, Early B.pratorum, Garden B.hortorum and Red-tailed Bumblebee B.rupestris together with one of few Tree Bumblebee B.hypnorum sightings this year.

The first new species of the year was a Green Furrow Bee Lasioglossum morio on Alexanders on 22 April. Not an unexpected newcomer, it seems to prefer the area between the car park and Langstone Rock. Other furrow bees emerged in May with Furry-claspered Furrow Bee L.lativentre on 15th and Bronze Furrow Bee Halictus tumulorum on 31st.

The first Silvery Leafcutter Megachile leachella were seen from 31 May and were very numerous along the Dune Ridge throughout the summer. 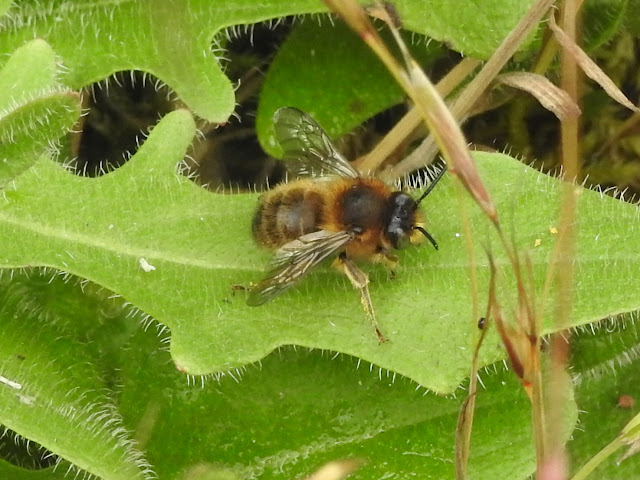 In July further species were added to the list with a Large Shaggy Bee Panurgus banksianus on 8 July, Wool Carder Bee Anthidium manicatum on 17 July (an anticipated new species, inevitably found on the Lamb's-ear plants near the Go-cart track) and a Patchwork Leafcutter M.centuncularis on 31 July. The buttercup loving Pantaloon Bee Dasypoda hirtipes were busy collecting pollen from 1 July. Reticulate Sphecodes reticulatus and/or Sandpit Blood Bee S. pellucidus, both cleptoparasites of Sandpit Mining Bee were also seen from 1 July and the first Hairy-saddled Colletes Colletes fodiens on 8 July. 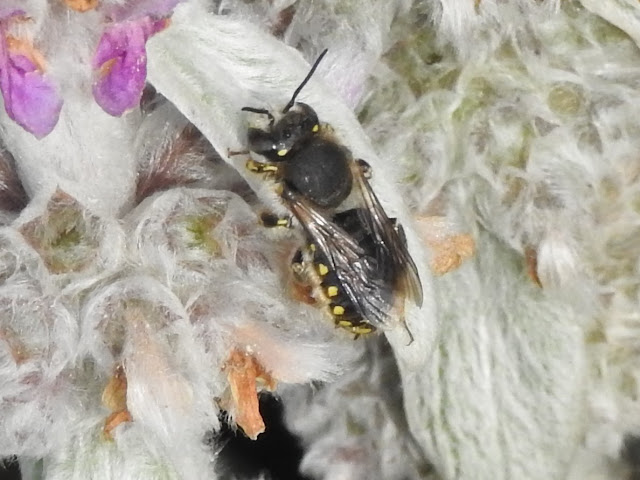 Towards the end of August several bee species found the flowering Japanese Knotweed near to the Crazy Golf to their liking with second generation Black Mining Bee, Patchwork Leafcutter, Common Yellow-faced Bee Hylaeus communis and Common Furrow Bee Lasioglossum calceatum nectaring on the flowers. Although the Bare-saddled Colletes Colletes similis and White-zoned Furrow Bee L.leucozonium seen at this time preferred Common Fleabane in the flower meadows as a nectar and pollen source. 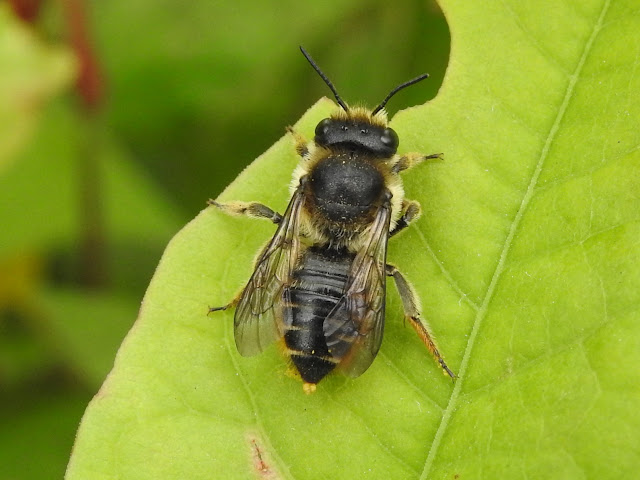 Ivy Bee Colletes hederae were late emerging this year, with the first on 25 September and the last on 30 October. Mild weather into November enabled some bees to linger including the last Common Furrow Bee and Honey Bee on 13th and a Common Carder Bumblebee on 18th.

Winter active Buff-tailed Bumblebee remained on the wing to the end of the year switching to Gorse and Hebe flowers as a pollen source. 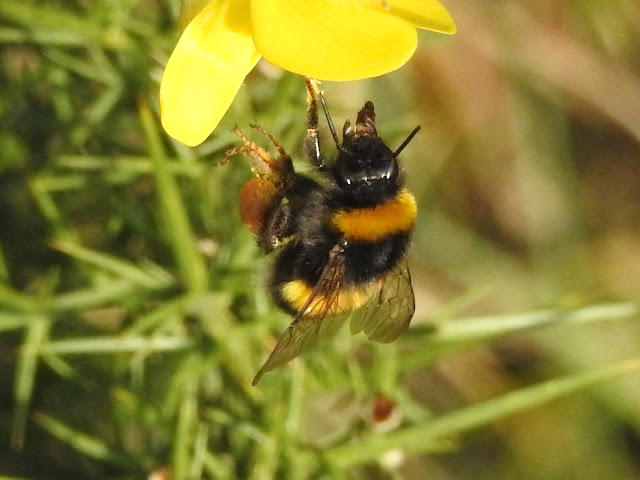