This section covers true flies (Diptera), except for hoverflies which are covered in a separate section. In total there were 140 species identified this year including 23 new species. 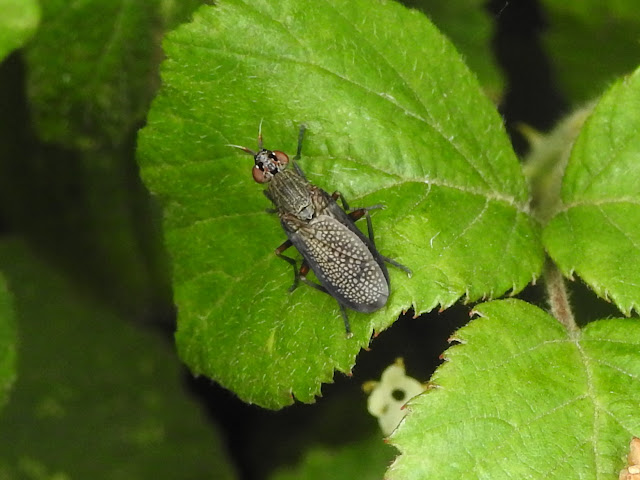 Of the new species, 13 were leaf miners or gall causers. In both cases the species are identified by the affect they have on specific plants. With miners it’s the pattern and extent of the leaf mine formed by the fly's larvae inside the leaf; and for gall midges the type of galls formed by larvae on parts of the plant. 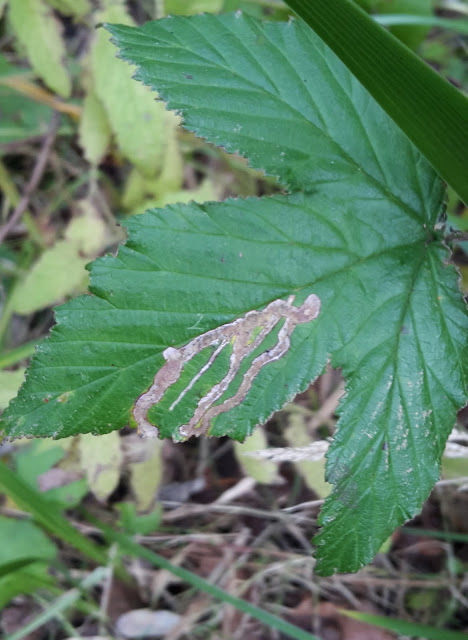 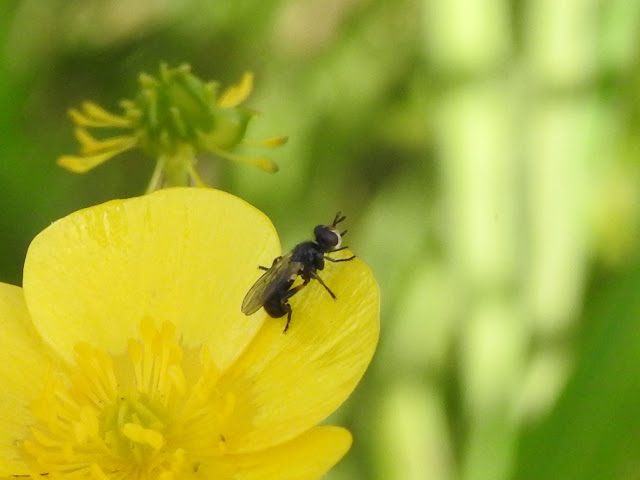 The most notable and least expected discovery was Broad-winged Tachinid Ectophasia crassipennis found on 3 September; a parasitoid of shieldbugs, it was first recorded in the UK in 2019. 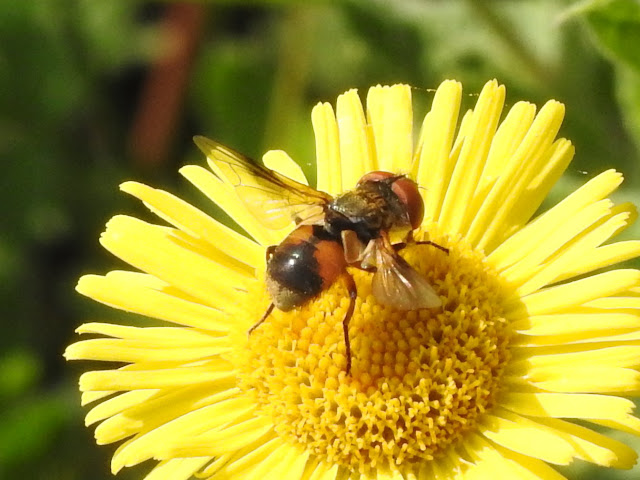 Other notable records included the nationally scarce soldier fly Ornate Brigadier Odontomyia ornata from 9 June, a species often found on water-dropwort, in Devon it only occurs around the Exe. Sieve-winged Snail-killer Coremacera marginata was another good find on 26 June. 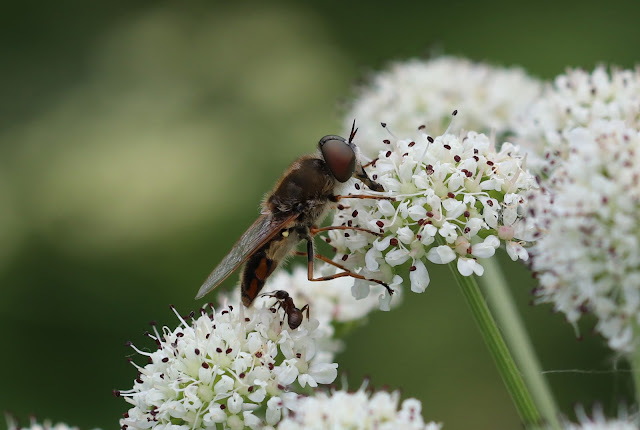 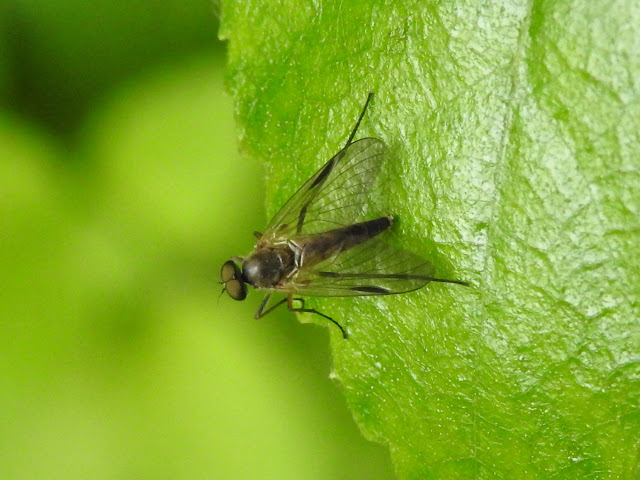